The U.K. government may have been complicit in secretly gathering intelligence from Internet companies, which were named on Thursday by a Washington Post report.

According to The Guardian, which has covered the brewing and ever-developing privacy saga extensively, the ability for the Government Communications Headquarters (GCHQ) — the U.K. government's electronic intercepts and listening station — to tap directly into the U.S. National Security Agency (NSA) PRISM database, may bypass mutual intelligence and information sharing treaties. 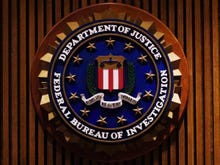 NSA 'top secret' spying order affects millions of Americans: FAQ The U.S. government is vacuuming up millions of Verizon customer records on a daily basis, according to a leaked "top secret" court order. Here's everything you need to know.

The British spy agency generated 197 intelligence reports from Prism in the year through May 2102, the documents state. This is a 137 percent increase in reports year-over-year. Such reports are then passed to the other intelligence agencies, MI5 or SIS (MI6).

U.S. Director of National Intelligence James Clapper confirmed the existence of the program on Thursday night.

He said: "Information collected under this programme is among the most important and valuable intelligence information we collect, and is used to protect our nation from a wide variety of threats."

According to the leaked training documents, these companies were complicit in the acts — though it's not clear if they were legally bound to. 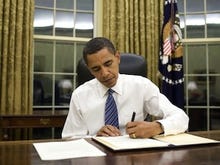 Obama's legacy: Domestic spying scandal that could prove greater than Watergate, WikiLeaks U.S. President Barack Obama, just six months into his second term, has his legacy set out for him: the greatest domestic spying program the U.S. — perhaps the world — has ever seen.

Apple, Microsoft, Google, Facebook and others have strenuously denied the claims and reiterated their stance towards maintaining user and customer privacy.

The U.K. government, an ally in intelligence sharing, reportedly tapped into the PRISM system directly, bypassing the requirement to go through "mutual legal assistance" (MLA) requests, in which a state formally asks another government for assistance in a criminal or terrorism case.

MLA requests are sent from the U.K. to the U.S. Justice Department, which are then either turned into subpoenas or search warrants served to companies based in the U.S. In some cases, some companies will comply with a request that hasn't been passed through the courts.

With around 3,000 requests made to Google alone in 2012, the MLA request is costly and time consuming. Using PRISM would allow the U.K. to process requests in bulk extremely quickly.