US Marines to get 'Alpha' exoskeleton for super strength

Robotic augmentation is coming to a war zone near you. For now, the first stop bypasses the battlefield.
Written by Greg Nichols, Contributor on July 28, 2020 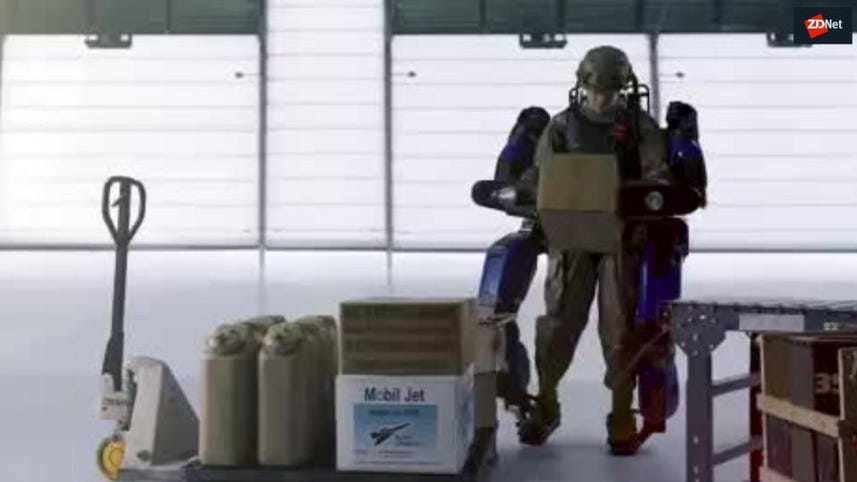 The Marines are about to get their hands on an impressive bit of hardware: A wearable robotic exoskeleton that gives users super strength. The company delivering the unit, a defense-focused subsidiary of Sarcos Robotics developed the exoskeleton for industrial uses, including in energy and construction.

Still, in many ways, this is a return to roots for Sarcos. In 2000, the company was part of a storied class of DARPA grant recipients working on powered exoskeletons for defense purposes. In many ways, the XO, which conserves energy by remaining passive when not actuated, is the fulfillment of that research.

Another exoskeleton maker, Ekso Bionics, came out of the same DARPA grant.

According to Sarcos, the U.S. Marine Corps will test applications for its Guardian XO Alpha, which was first unveiled earlier this year at CES 2020, where it was named "Top Emerging Technology" by Digital Trends, "Best Robot" by PCMag.com, "The Best Ideas and Products of CES" by VentureBeat, and was recognized by WIRED Magazine as being one of the smartest technologies on the show floor. Although the suit may bring to mind nightmares of battlefield cyborgs, the more immediate applications will be in the realm of logistics, where heavy lifting is often necessary.

"The Sarcos Defense team is very pleased that the US Marine Corps will be testing use cases for our Guardian XO Alpha version this year," says Ben Wolff, CEO, Sarcos Defense. "Our military branches need to regularly address changing personnel issues and reduce the risk of injury from performing heavy-lifting tasks. We believe that our full-body, powered exoskeletons will be a huge benefit to the Marines as well as the US Air Force, US Navy, and USSOCOM, who we are also working with on our exoskeleton technology."

Sarcos was founded as a spin-off of the University of Utah in 1983. For most of its existence, Sarcos has been grant-supported or has taken on unusual engineering challenges for anyone willing to fund applied science. Sarcos engineered the dancing fountain in front of the Bellagio in Las Vegas, as well as the animatronic dinosaurs for the Jurassic Park ride at Universal Studios.

More recently the company has moved hard into the commercializing its technologies, as I've written. The Marines will be testing the use cases of the Guardian Alpha XO and will take delivery later this year.

Innovation
How to get college credit for work experience