Uber, the multi-billion dollar ride-sharing company, has turned over data on more than 12 million users to US local and federal authorities.

The company revealed the information in its first transparency report published Tuesday.

Uber said it received 33 requests which amounted to data on more than 11.6 million riders.

The company, valued at around $62 billion, complied with 58 percent of those requests, either as required or after unsuccessfully narrowing the scope of the request.

Uber also said it wholly complied with 33 requests by regulators in relation to airport transportation services, amounting to about 1.6 million riders.

The company said regulators may request information about trips, requests, pickup and dropoff areas, and fares for a given time period.

But the number of law enforcement requests is just a fraction compared to the number that is collected by US regulators.

Uber turned over data on 205 driver accounts over 408 requests. The company fully complied with about one-third of those requests, and partially complied in 52 percent.

Most requests were subpoenas filed by state authorities. 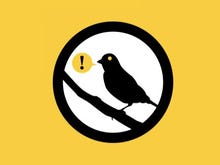 In most cases, law enforcement requests that were received related to fraud investigations or the use of stolen credit cards, the report said.

The company also said it has "not received a National Security Letter or FISA order" as of the date of the report.

This so-called warrant canary is a widely-used tool to tell customers that no secret government demands for data have been filed.

Many companies have included these public statements on their website, in anticipation of receiving secret requests down the line. Removing the notice suggests one has been received but doesn't violate the gag order because nothing was explicitly said.

Reddit recently became the first widely-known company to remove a warrant canary, indicating that it been subject to a top-secret order.

The company did not disclose any information on government requests from other countries.

Join Discussion for: Uber served data on over 13 million users...