Full Bio
Posted in Between the Lines on March 27, 2017 | Topic: Innovation

Uber has suspended autonomous car tests in the US following an incident in which one of its self-driving cars was involved in a collision in Tempe, Arizona.

The ride-hailing service's tests in both Arizona and Pittsburgh, Pennsylvania have been stopped following the high-impact crash, in which photos on Twitter reveal an Uber car on its side while another vehicle is behind, laden with dents, scratches, and smashed windows.

As reported by Bloomberg, the vehicle involved in the collision is a self-driving SUV, one of a fleet being tested by Uber.

An Uber spokesperson confirmed the crash, saying that tests have been paused while the ride-hailing service completes an investigation into the situation.

"We are continuing to look into this incident and can confirm we had no backseat passengers in the vehicle," the company said. In other words, there was a driver behind the wheel of Uber's SUV when the incident occurred.

According to Tempe police, Uber was not at fault and the crash was due to another car failing to yield, which led to Uber's Volvo ending up on its side.

Despite the collision being ruled out as Uber's responsibility by law enforcement, the company will not conduct any more testing until its own internal investigation has concluded.

See also: How to book an Uber ride for free

It is understandable why Uber may want to be extra careful of the firm's activities at the moment. Waymo, Alphabet's self-driving car division, accused the company earlier this year of stealing trade secrets to spring into autonomous vehicle research and development.

CEO Travis Kalanick has also been mired in scandal as of late. Former employees have accused Uber of promoting a toxic and sexist corporate culture, and Kalanick recently admitted he needed "leadership help" after being caught on video raging at an Uber driver who complained that he was made "bankrupt" because of Uber practices.

Uber was also thrown into the spotlight after the firm's "Greyball" program hit the spotlight. The secretive internal scheme used data, analytics, and fake apps to avoid coming into contact with local authorities in areas the ride-hailing service was frowned upon or banned outright. 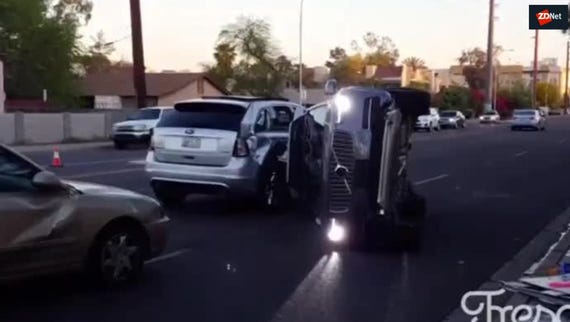 Join Discussion for: Uber slams on the brakes, stops self-driving...