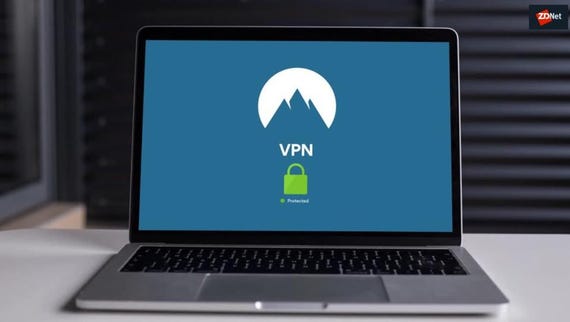 How to choose the best VPN service Whether you're in the office or on the road, a VPN is still one of the best ways to protect yourself on the internet.

Canonical is also taking Linux security more seriously than ever. Besides kernel lockdown mode, it now incorporates Kernel Self Protection. This is a variety of improvements designed to protect against kernel security flaws. It also includes a Secure Boot utility and Secure Shell (SSH) Fast ID Online (FIDO) multi-factor authentication. With the latter, users will be able to login securely without using a password.

In a press conference, Canonical's CEO founder Mark Shuttleworth explained that Canonical is now "thinking about security as part of operations, rather than security, separate from operations." This "DevSecOps" approach is new, but by making it easy for "organizations to incorporate security functions into the application development and deployment process," security will be baked into not the operating system but the entire platform. This, in turn, will make not just Ubuntu, but any operations running on Ubuntu more secure than ever.

The most important change in this Ubuntu release is not in the technology, per se. Historically, Ubuntu LTS versions come with five years of support. So, you can safely plan on using Ubuntu 20.04 until 2025. And, if you pay for Ubuntu Advantage support, you'll be able to run supported Ubuntu for a decade (that is until 2030). But, now, Canonical is also offering support for up to 10 years -- not just for the core operating system but for 30,000 other open-source applications, which had not received support before.

Shuttleworth explained: "We're offering full 10 years of coverage for all packages including the 30,000 packages that we never previously covered with security updates. This represents a huge improvement in enterprise security."

Shuttleworth is well aware of just how important the Linux desktop is to Ubuntu users. He said Ubuntu is the "world's most popular open-source desktop operating system, and this is our best release to date." Ubuntu 20.04 LTS offers an enterprise-grade secure and cost-effective operating system for workplaces and home users. There are a couple of big things to understand about success on the desktop. But the people who use Ubuntu desktop are often passionate people who are making huge waves in their industry.

Focal Fossa uses GNOME 3.36 for its default desktop. This comes with a dark theme, an improved shell theme, new lock screens, faster performance, a Do Not Disturb toggle feature, and an improved settings panel.

For gamers, Ubuntu 20.04 comes with Feral Interactive's GameMode performance tool, which will be installed by default. GameMode is a Linux daemon that enables games to request things like more CPU power, I/O priority, and other optimizations. In practice, this means Linux games will run much more smoothly. Proprietary Nvidia drivers have also been added for improved graphics performance. The UI for presenting and selecting these drivers has also been improved.

To add new applications, the Snap Store has replaced "ubuntu-software" as the default tool for finding and installing packages and snaps. You can still install traditional Linux packages via this tool. Six thousand Snap applications are now available. This includes Slack, Skype, Plex, Spotify, JetBrains, and Visual Studio Code.

Looking ahead, there will be more Snap applications. These will also have better start-up time, and performance Canonical is also making it easier to build your own and general improvements.

For developers, Python 3.8 is now the default Python. Python 2.7 has been moved to universe. It's not included by default in any new installs. In case you haven't gotten the hint yet, Python 2.x is done. The remaining programs, which require Python 2.7, have been updated to use /usr/bin/python2 as their interpreter. If you upgrade from a previous release, /usr/bin/python will continue to point to python2 for compatibility.

For AI and ML developers, Unbutu supports KubeFlow. This (AI/ML) tool enables programmers to quickly create, train, and tune neural networks within Kubernetes for dynamic resource provisioning. It works with TensorFlow and other modern AI/ML frameworks such as PyTorch, MXNet, and Chainer.

It's always been possible to install Ubuntu on pretty much any PC. If you want to buy and run Canonical certifies multiple Dell, HP, and Lenovo workstations. The one exception is the ancient 32-bit x86 architecture. Ubuntu 19.10 is the last Ubuntu to support this old architecture.

The server has many under the hood improvements. These include making encryption easier, better support installing to multipath disks, more reliable installation, and better failure reporting. The changes you're most likely to notice is support for automated installs.

Ubuntu 20.04 LTS includes the latest OpenStack cloud release, Ussuri, as a preview. It will be fully supported in the forthcoming 20.04.1 LTS release.

Canonical, which has partnerships with all of the major public clouds, claims that it's still the most popular cloud-based Linux. Indeed, according to the Cloud Market's latest analysis of operating systems on the Amazon Elastic Compute Cloud (EC2), Ubuntu is the top named Linux distribution. With 10 years of support across both its distribution and its programs, Ubuntu is likely to stay in the lead.

Microsoft certainly likes Ubuntu on the cloud. "We're excited to partner with Canonical to bring the Ubuntu 20.04 LTS innovations across our toolchain -- from developers on WSL to scaling enterprise production deployments in Azure," said John Gossman, a Microsoft distinguished engineer. "In this release, we've made it easier than ever to manage workstation environments and to enjoy the long-term stability and security of Ubuntu Pro for Azure across a wide range of compute options."

And while Red Hat is now a vital part of IBM, Michael Desens, IBM VP of offering management on IBM mainframes, said: "Canonical and IBM continue to work closely together to offer cloud solutions with Ubuntu on IBM LinuxONE and IBM Z. Today's announcement of Ubuntu 20.04 LTS running on IBM LinuxONE and IBM Z continues to deliver on our support for containers and Kubernetes, which is fueling our client's journey to a hybrid cloud to support their mission-critical workloads."

Canonical also supports IBM Secure Execution for Linux, a trusted execution environment for IBM Z and LinuxONE. IBM Secure Execution for Linux provides both enterprise-grade confidentiality and protection support for sensitive data and is designed to run large numbers of workloads in full isolation at scale, with protection for both insider and external threats across the hybrid cloud environment.

Shuttleworth summed it up: "Accelerating open source globally is our mission. Ubuntu 20.04 LTS is the new state of the art open-source platform for the enterprise and the entrepreneur. We've brought together thousands of contributors and the world's largest technology companies to make Ubuntu 20.04 LTS the standard reference platform for secure cloud and edge compute."

Ubuntu 20.04 LTS is available for download and on major public clouds now. Go, check out, and enjoy. I think you'll find a lot to like.