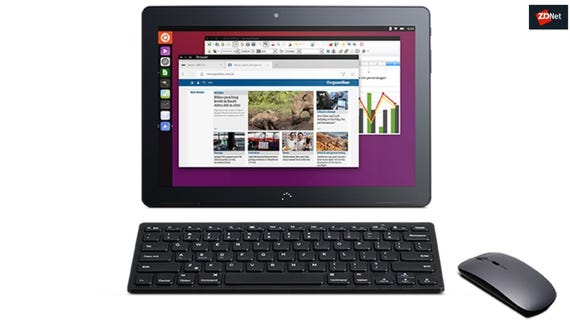 Are you ready for Ubuntu on Windows 10? Microsoft is. Its latest Windows Fast Ring update, 14316, is here and it includes Ubuntu and Bash on Windows 10.

This beta version of Windows 10 is the forerunner of the next major Windows 10 update: Windows 10 Redstone 1 (a k a Anniversary Update). This release, AKA Windows 10 SP1, will be out this summer.

In the meantime, Ubuntu and the Bash shell, are optional. The only thing "Linux" that's installed by default is the Windows Subsystem for Linux (WSL).

To give WSL a try, the first thing you have to do is become a Windows Insider. Then, you need to switch your Windows 10 system to the Fast Ring. You do this by going "System Settings > Advanced Windows Update options" and selecting your Insider Preview update setting to the far right. This sets your Windows 10 update to the the Fast Ring.

After this check for updates, apply all of them, and restart your PC. This gives you its beta operating system so don't do this on your production machine. Microsoft makes many updates to its Fast Ring releases and adding WSL, Ubuntu, and Bash are only part of them.

Then, you must turn on Developer Mode via Settings > Update & security > For developers. Next, search for "Windows Features" and choose "Turn Windows features on or off" and enable Windows Subsystem for Linux (Beta).

After that, to install Bash, you must open the Windows Command Prompt and type "bash." You'll be asked to accept the terms of service and download Ubuntu. The typical Ubuntu download is a bit less than one gigabyte. So, if you have a slow Internet connection, be ready to wait. Once installed, you'll be running a userspace version of Ubuntu 14.04 on top of WSL.

Technically, you're not running Linux. It may look like Linux and squeak like Tux, the Linux penguin; but, it's not Linux. That's because the Ubuntu userspace is running not on a Linux kernel, but WSL. WSL provides the API hooks to look like Linux to Ubuntu and Linux applications, but it's not the same thing.

That said, for high-level developers it sure looks like Linux. Besides being able to run Bash shell commands, you can run Bash scripts, Bash shell tools such as sed, awk, and grep. You can also run, according to Microsoft, "Linux-first tools like Ruby, Git, Python, etc. directly on Windows. You can also access your Windows filesystem from within Bash allowing you to work on the same set of files using your preferred Windows tools or Linux command-line tools."

Dustin Kirkland, a member of Ubuntu Product and Strategy team, has added that you will be able to run pretty much the full gamut of Linux shell tools such as "apt, ssh, rsync, find, grep, awk, sed, sort, xargs, md5sum, gpg, curl, wget, apache, mysql, python, perl, ruby, php, gcc, tar, vim, emacs, diff, patch, and most of the tens of thousands binary packages available in the Ubuntu archives!"

Besides the Linux shell fundamentals and programming languages, developers should notice that it includes support for server programs such as the Apache webserver and the MySQL database management system. This is a very full Linux development environment that just happens to be running on Windows.

Will people be running a Linux desktop, such as Unity, Cinnamon, KDE, or Gnome, on this hybrid WIndows Linux software stack as well? That's not the plan. This stack is meant for developers. But, programmers being programmers, I'm sure we'll soon see people trying to port all Linux userspace programs, including desktops, to Windows. We live in interesting times!

Join Discussion for: ​How to get started with Ubuntu and Bash...