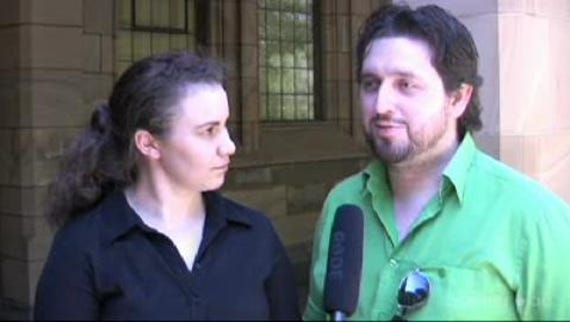 Ubuntu is the favourite distribution of Linux for use on both desktops and servers, according to a poll of Australian open source enthusiasts.

The survey, which was conducted by Sydney-based consultancy Waugh Partners, also found that Queensland is the best state in which to study open source and proprietary source developers are paid less than their open source counterparts.

In a video interview conducted at linux.conf.au in Melbourne last month, Jeff and Pia Waugh of Waugh Partners revealed some initial trends from the survey's findings.

Jeff Waugh said it wasn't difficult to see why Ubuntu was so popular: "They have done a very good job of [making a product of] a very sexy, simple desktop. It comes on one CD, it's easy to install, it comes with great hardware support and it's easy to use."

The survey also revealed which universities produced the most open source enthusiasts. Waugh Partners found that Queensland University of Technology came first, followed by the University of Sydney. RMIT and UNSW were under-represented.

"I was quite surprised that the University of Sydney was second, I actually went there but all of my friends -- who were great open source hackers -- went to the University of New South Wales," said Jeff Waugh.

The survey also found that by taking an interest in open source software, enthusiasts quickly found paid work -- and often got paid more than they would have if developing proprietary code.

"You can see a direct correlation between coming into the community and getting industry employment," said Pia Waugh, adding that not only does involvement in the open source community result in greater employment prospects, but the likelihood of a better position upon entering the workforce.

The survey covered 327 participants, and was sponsored by Fujitsu, IBM and NICTA. Only seven percent -- or 23 -- of respondents were female.

The complete survey results, which will include respondents that develop open source software for a living, will be released in March.