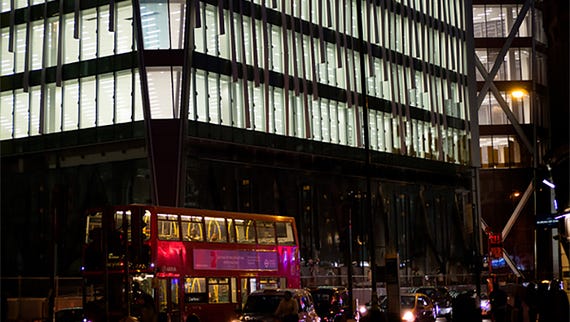 The UK's southern coast has been tapped as a test area for the future's autonomous ships and planes.

On Sunday, BAE Systems said that the Solent area, between Portsmouth and the Isle of Wight, will become a testbed for unmanned boats, air vehicles, and autonomous sensors to be trialed safely.

Together, with ASV Global (ASV), Blue Bear Systems Research, Marine Electronic Systems (MES), SeeByte, and the University of Southampton, the Solent Local Enterprise Partnership (LEP) has granted funding worth £457,000 to design and deploy the test area.

Self-driving technologies are not only applicable to the consumer industry. On the coast, autonomous drones, planes, and boats could one day become invaluable for search and rescue operations, the oil industry, and as well as for military purposes.

In total, £1.5 million is being invested in the project, the first of its kind in the UK.

The trial area and service in the Solent, announced during a two-day launch event at the Royal Marines Museum in Eastney, Portsmouth, will also make use of a maritime communications network and mobile centers -- the same used by the UK's Royal Navy -- to allow tests by different companies to be conducted at the same time.

According to The Telegraph, BAE Systems will be testing two boats and numerous fixed-wing drones in the area to start with while partnering companies will also release their own boats, aircraft, and underwater drones.

Self-driving and autonomous vehicle testing are expected to begin in October.

"Autonomous and unmanned systems are widely regarded as a vital technology for the future, but there is a great deal of work to be done if we are to unlock its true potential and understand how they are best integrated into wider systems," said Frank Cotton, BAE Systems' Combat Systems Head of Technology. "A wide range of organizations from the defense and commercial sectors, along with academia, have ambitions for this technology and this unique service will allow them to find valuable ways to use it whilst furthering its development."

In October last year, the Navy launched the Unmanned Warrior operation, in which over 50 autonomous and semi-autonomous vehicles were tested at the same time on the coast.

BAE Systems showcased its Autonomous Control Exploitation and Realisation (ACER) system, as well as the Pacific Class 950 Unmanned Rigid Inflatable Boat, which is capable of traveling autonomously at up to 47 knots for up to 12 hours at a time.

In May, electronics giant Samsung was reportedly given the green light to test Hyundai vehicles fitted with self-driving technologies in South Korea.