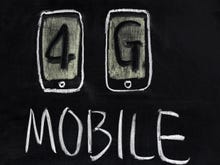 4G in the UK: Why the slow start on superfast wireless? As part of our series of articles examining the 4G LTE landscape across Europe, ZDNet takes a look at how the UK's fourth-generation services are measuring up.

The 800MHz spectrum band has been cleared for use for 4G services in the UK.

According to communications regulator Ofcom, the freeing-up was finished five months earlier than planned and from Wednesday, the mobile operators that won a slice of the spectrum in an auction earlier this year – Vodafone, Three, O2 and EE — will be able to begin using it.

While EE launched the first nationwide 4G service late last year using 1800MHz spectrum, rivals Vodafone and O2 are expected to launch their own LTE networks in the coming months.

In June, Vodafone announced it was putting £900m into improving its network "in preparation for the launch of ultra-fast 4G services by the late summer", while recent adverts from O2 are promising a summer launch. Three has yet to announce when it will rollout LTE, but has said it won't charge customers any extra to use it.

The 800MHz spectrum is part of the so-called digital dividend — the spectrum vacated when analogue TV broadcasts were moved to digital.

The UK is one of 11 European Union countries that managed to free up the spectrum this year in accordance with an EC deadline. All of the EU's 28 member states were supposed to meet the deadline, but the majority have failed to do so.