The UK's Cabinet Office has selected the first two open standards as part of its plan to reduce technology bills and improve interoperability.

Here are another 51 million reasons why the cloud is winning 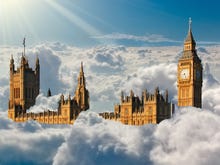 Here are another 51 million reasons why the cloud is winning

Commodity cloud services are delivering savings that put prices charged by large systems integrators to shame, according to the UK's tech chief.

The two standards endorsed by the government's recently established Open Standards Board are HTTP/1.1 URL and Unicode UTF-8. The former should help organisations be able to reuse public sector information down the track with the introduction of consistent identifiers for things like schools, hospitals or companies in government datasets to ensure meanings stay consistent over time. The Unicode UTF-8 standard is meant to prevent corruption of text between systems.

The government's push for open standards is meant to cut technology costs and level the playing field between open source and proprietary software vendors. The Cabinet Office says it hopes the standards will also help agencies move away from long-term deals with a small number of suppliers.

"The adoption of the first open standards for government technology is a landmark," Cabinet Office minister Francis Maude said in a statement.

"We have always said that open standards are vital for making our technology cheaper, more connected and better suited to providing public services that are digital by default and designed around what users need."

The 10-person Open Standards Board was set up in April, chaired by the government's CTO Liam Maxwell.

A draft standard concerning "metadata and controlled vocabularies" was also proposed last week, but, according to Maxwell, any further news on its adoption has been deferred until the board finds a clearer use case for the standard.

Separately, the government's also pushing for open source software to be the default choice for departments , and where proprietary or on-demand software is needed, to ensure open standards interfaces are available to help avoid vendor lock-in.