Following a spate of anti-immigrant violence in August, Maas had called on Facebook to immediately remove racist or xenophobic posts in accordance with German law and asked for a meeting with company executives to discuss the issue. 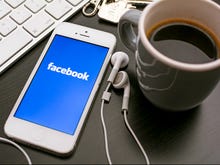 Facebook is working to encrypt links between its datacentres, and would fight any move for law enforcement agencies to obtain encryption keys, according to the company's head of security infrastructure Gregg Stefancik.

Facebook agreed to the meeting, but before executives sat down with Maas on Monday, the US-based company said it would be taking three steps: first, it would seek to partner with FSM, a German self-regulatory group of multimedia service providers. Second, Facebook would start a task force to deal with hate speech on the internet, aiming to work with nonprofits, companies, and government officials including Maas. And third, it would establish a campaign to promote 'counter speech' in Germany, drawing in experts from the UK and Scandinavia to develop ways to combat racism and xenophobia through discussions on social media.

But what Facebook did not say, either before or immediately after the meeting, was how it would change the way it currently handles racist posts in Germany, where statements that incite hatred against segments of the population are illegal, and not protected as they are in the US as free speech.

Facebook's own community standards already outlaw speech against protected groups, but the company only deletes such comments when users report them and after the company evaluates them.

"The conversations that take place on Facebook, reflect the diversity of a community of more than one billion people," said Eva-Maria Kirschsieper, Facebook policy manager for Germany. "It is a constant challenge to balance the interests of this diverse community, and we are constantly working to adjust our policies and procedures to be even more effective and sensitive to the concerns of local communities."

Germany is currently experiencing a flood of refugees, many of whom are fleeing the Syrian civil war and ongoing violence in Iraq and Afghanistan. More than a million asylum-seekers are expected in Germany by the end of 2015. The influx has spawned anti-immigrant attacks in late August including the burning of a refugee shelter in Nauen, a town north of Berlin, and protests that turned violent in the town of Heidenau, just outside of Dresden.

Following these incidents, the justice minister said his office received numerous complaints of racist propaganda on the internet and in particular on Facebook. Some of the Facebook users told Maas that when they flagged obvious hate-speech comments, Facebook sometimes declined to remove the material without an adequate explanation.

In his August 26 letter to the company, Maas said it was hard for German citizens to understand why Facebook saw fit to automatically delete some content, such as nudity, while racist and xenophobic posts were not removed even after other users reported them and they were then investigated by Facebook.

"Racist, inciting statements are inconsistent with our system of values and cannot be justified under any imaginable aspect." Maas wrote.

Along with announcement of the task force, Facebook's Kirschsieper said that such language is not rampant on Facebook -- that only a "very small minority" of people have spread content that "obviously crosses the line of acceptable expression".

"The vast majority of the 27 million people who use our service in Germany (at least once in 30 days), do so in a very positive way," she said. "We see many groups that are organising humanitarian aid for new refugees through our platform."

Kirschsieper's assessment echoes the findings of a recent survey conducted for Germany's public broadcaster ARD, which found that a large majority of Germans supported the helping of refugees: 59 percent said that Germany should accept as many refugees or even more than are currently expected; 88 percent of Germans said they were willing to personally donate clothing or money to help them; and 67 percent said they would be willing to volunteer their time to support the refugees.

In a statement following the meeting, Maas said the discussion with Facebook officials had yielded some positive results, and he welcomed the opportunity to provide input through the task force. However, he reiterated his stance that racist and xenophobic posts must come down from the site in Germany -- and fast.

"There must be as little space in social media for racism and xenophobia as there is on the street. Hatred and incitement cannot be spread on the internet without restriction," Maas said. "One thing is clear: if Facebook gets complaints about racist and xenophobic messages that violate criminal laws, then the company must react and delete such posts quickly and reliably."

Join Discussion for: Under pressure from Germany, Facebook launches...