The closer the distribution center, the faster the delivery. Why not look underfoot?
Written by Greg Nichols, Contributing Writer on July 11, 2019 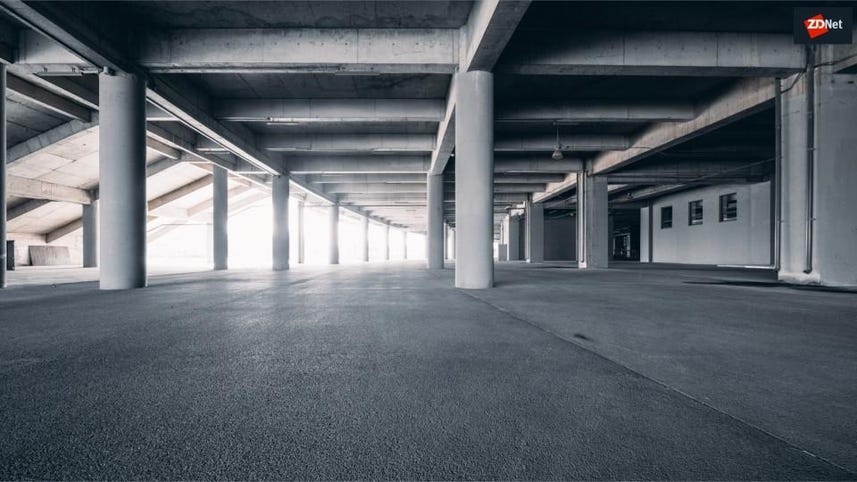 It wasn't long ago that using robots in warehouse distribution and fulfillment centers seemed fanciful. Then Amazon came along and bought Kiva, the robotics pioneer that went on to give Bezos an edge in fast delivery, and now robots are ubiquitous in fulfillment warehouses.

Which is to say, be cautious when being dismissive of out-there ideas.

Where the streets have no name: The Dubai startup shaking up shipping and ecommerce in the Middle East

To wit, Tel Aviv's newest micro-fulfillment center for grocery deliveries was built underground. CommonSense Robotics, an Israeli robotics company focusing on autonomous solutions for fast delivery, is betting that overlooked urban space can be repurposed into robotic distribution centers to deliver groceries to ground dwellers faster than previously possible. So when the company came across an underutilized subterranean parking garage beneath Tel Aviv's oldest skyscraper, it seemed like an opportunity to convert the space into a robotic fuilfilment center.

The problem CommonSense is trying to tackle is that growing consumer demand for same-day and one-hour deliveries isn't possible at scale if warehouses are located in rural areas, as they are now. CommonSense believes the answer is to deploy robots in smaller sites inside cities. For some context on why this is such a departure, consider that most robotic logistics facilities are enormous, requiring massive hangar-like buildings of 120,000 square feet or more, which are invariably located outside cities, where space is plentiful and real estate cheaper.

CommonSense, by contrast, is focusing on micro-fulfillment centers that might be as small as 6,000 square feet but still pack a full-service grocery site with multiple temperature zones. The converted Tel Aviv garage floor is only 18,000 square feet and triangular, for instance, with a head clearance of just 11 feet.

"With e-commerce logistics pushing both retailers' profitability and urban infrastructures to the breaking point, it's clear that we need to reinvent the way goods are fulfilled and delivered within cities," says Elram Goren, CEO and Co-Founder of CommonSense Robotics. "In order to fulfill and deliver on demand, you inherently need to be closer to your end customers, but that's really hard in cities."

Parking garages in particular provide an alluring opportunity. In the U.S., for example, there are an estimated 2 billion parking spaces for about 250 million cars, according to the company. Vehicle ownership is declining with the growing popularity of ride sharing and new investment in urban mobility infrastructure.

"Taking e-commerce fulfillment underground inside cities is one way we can enable retailers to fulfill online orders in close proximity to their customers — while doing so profitably," says Goren. "Fitting automation into underutilized real estate enables us to create a new PNL for this type of operation, which means we can enable our retail partners to run a sustainable, profitable, one-hour delivery business."

The Tel Aviv garage is CommonSense's second site. The first site is, fit inside a space of just 6,000 square feet, is the smallest automated fulfillment center in the world, according to the company. It's been fulfilling deliveries for Super-Pharm since October 2018 and is serving over 400 orders a day.