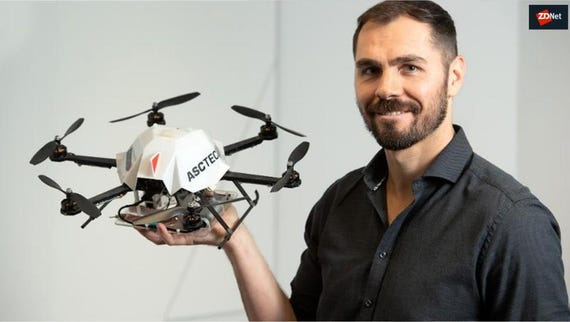 Engineers from the University of New South Wales (UNSW) have claimed the invention of a soft wearable device they say simulates the sense of touch.

Haptic technology mimics the experience of touch by stimulating localised areas of the skin in ways that are similar to what is felt in the real world through force, vibration, or motion.

"When we do things with our hands, such as holding a mobile phone or typing on a keyboard, all of these actions are impossible without haptics," Scientia lecturer and director of the UNSW Medical Robotics Lab Dr Thanh Nho Do said.

"The human hand has a high density of tactile receptors and is both an interesting and challenging area to encode information through haptic stimulation, because we use our hands to perceive most objects every day."

He said there are many situations where the sense of touch would be useful, but is impossible.

"For example, in a telehealth consultation, a doctor is unable to physically examine a patient. So, we aimed to solve this problem," he added.

"Our three-way directional skin stretch device, built into the fingertips of the wearable haptic glove we also created, is like wearing a second skin -- it's soft, stretchable, and mimics the sense of touch -- and will enable new forms of haptic communication to enhance everyday activities."

In order to make the device work, the researchers introduced a method to recreate an effective haptic sensation via soft, miniature artificial "muscles".

"The inbuilt soft artificial muscles generate sufficient normal and shear forces to the user's fingertips via a soft tactor, enabling them to effectively reproduce the sense of touch," Do said.

"It works like this: Imagine you are in Australia while your friend is in the United States. You wear a haptic glove with our integrated three-way directional SSDs [skin stretch device] in the fingertips and your friend also wears a glove with integrated 3D force sensors.

"If your friend picks up an object, it will physically press against your friend's fingers and their glove with 3D force sensors will measure these interactions."

Do said if these 3D force signals are sent to one person's haptic glove, then the integrated three-way directional SSDs will generate these exact 3D forces at their fingertips, enabling both parties to experience the same sense of touch.

He said the skin stretch device is scalable and can be integrated into textiles for use in applications such as telehealth, medical devices, surgical robots, augmented and virtual reality, and teleoperation.

It also could help solve a common problem in emerging systems, he said, such as assistive devices, remote surgery, self-driving cars, and the guidance of human movements, where visual or auditory feedback can be slow, unintuitive, and increase the cognitive load.

Elsewhere at the university, UNSW Sydney and Neuroscience Research Australia (NeuRA) has been awarded a grant from the US Department of Defense for a project that will use virtual reality (VR) to ease nerve-related pain following spinal cord injury.

UNSW said the tech works by targeting neurochemical change, including in the thalamus and sensorimotor cortex, which is where spinal cord injury neuropathic pain stems from.

"Neuropathic pain is similar to phantom limb pain, where someone with an amputated leg, for example, feels pain in the leg that isn't there," associate professor Sylvia Gustin from NeuRA and the UNSW School of Psychology said.

"We know that spinal cord injury neuropathic pain is underpinned by alterations in the areas of the brain that process movement and sensation.

"Our cutting-edge research uses virtual reality to facilitate an immersive walking experience that can reactivate the brain's sensorimotor signals, and thereby ease the pain these people are in."

"Rather than treating spinal cord injury neuropathic pain, and hence phantom pain, we could potentially prevent it altogether," she said.

Join Discussion for: UNSW announces a glove to mimic touch and...