Victoria to use AI to detect heart attacks on emergency calls

Call operators to have AI help in detecting cardiac arrest.
Written by Chris Duckett on Feb. 2, 2020 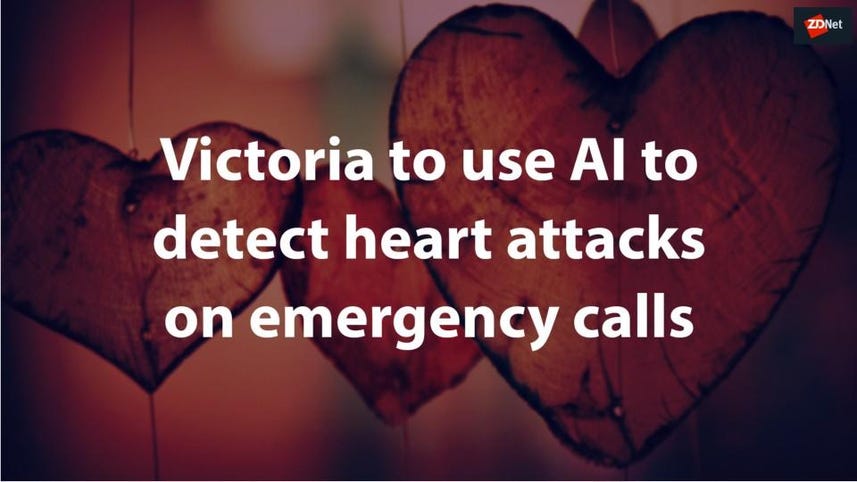 Triple zero call operators could soon have artificial intelligence (AI) alert them to callers who suffer from a heart attack.

The Victorian government announced on Sunday it was kicking in AU$1.36 million towards the Artificial Intelligence in Cardiac Arrest project, which will be developed by Monash University and Ambulance Victoria.

"The AI technology runs in the background of incoming emergency calls and picks up key words, language, and sound patterns of the caller that are likely to indicate the patient is having a cardiac arrest," the government said.

"If the system recognises signs of a cardiac arrest, it alerts the ESTA [Emergency Services Telecommunications Act] triple zero call-taker to dispatch a high-priority ambulance and talk bystanders through CPR or defibrillation."

Minister for Health Jenny Mikakos said when dealing with a heart attack, every second counts.

"Cutting edge AI will help paramedics get to the scene of a cardiac arrest faster -- reducing the chance of brain damage and giving them a greater chance of surviving," she said.

Ambulance Victoria also gained an extra AU$350,000 for a project that would allow people who would normally phone triple zero with a mental health concern to send an SMS to receive a video call from an experienced mental health nurse.

"The limitations of voice-only triage are many people who call triple zero with a mental health concern often end up being transported to an emergency department by ambulance, causing distress and delaying face-to-face specialist care," the government said.

On Monday, the Victorian government announced NNNCo would provide Agriculture Victoria with LoRaWAN connectivity for an IoT trial.

"Farmers now have a broad choice of devices and applications from the growing global IoT ecosystem, including irrigation management and control, and real-time monitoring of soil health, rainfall, cattle movement, farm assets, worker safety, and water tank levels so that they can proactively respond to the needs of the farm," NNNCo CEO Rob Zagarella said.