Up close with Scott Farquhar 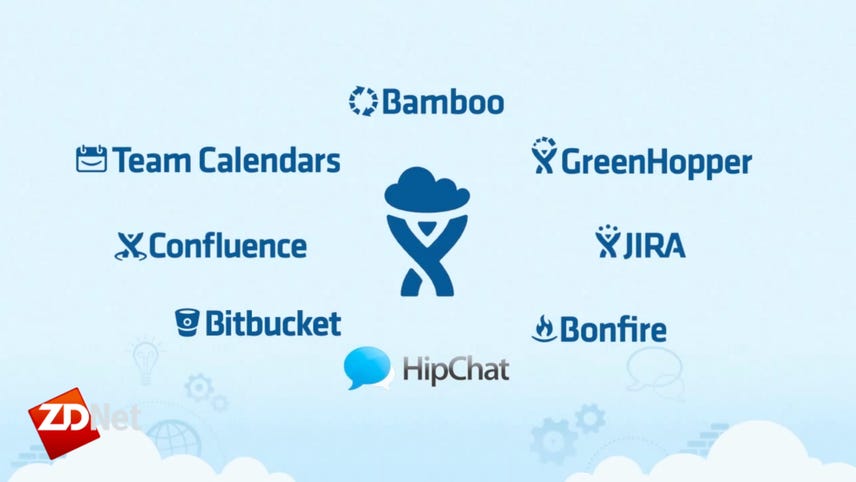 Many good things in the technology industry began with two dudes and a dream. There's Steve Jobs and Steve Wozniak with Apple, Bill Gates and Paul Allen with Microsoft, and in Australia we have Scott Farquhar and Mike Cannon-Brookes with Atlassian.

But what's different about the latter pair is that they had a relatively humble dream: To start something of their own to avoid working in a real job.

For Farquhar, getting into the IT business seemed like a no-brainer. He was good at maths and science in school, qualities that were beneficial for that kind of career path.

"I kind of played with computers when I was in high school, but it wasn't until I got into a scholarship program at UNSW that I really started to get into computers, so I started really late," he told ZDNet.

It was at UNSW that Farquhar met Cannon-Brookes. Unlike Farquhar, Cannon-Brookes was gifted at computers at a young age. Despite their different backgrounds, they decided to join forces to start Atlassian after university, as they both didn't want to wear a monkey suit and work at a big multinational firm, which seemed like the only choice for computer science graduates at the time.

"All my friends started getting jobs at PricewaterhouseCoopers or IBM, and I remember the graduate salary at PwC was AU$48,500," Farquhar said. "I remember thinking if I could earn that money and not have to put on a suit every day, then that was going to be better."

When Atlassian was first started in 2002, neither Cannon-Brookes nor Farquhar knew exactly what they wanted to do with it. At some point, they settled with providing third-party technical support for a software product from Sweden.

It was a terrible business to be in.

"Customers called at all hours of the day, and the vendor doesn't really care about you, either," Farquhar said.

He recalled one time when he and Cannon-Brookes were at a house party downing tequila shots when they received a technical support call at 10.30pm. They ended up spending four hours sequestered in a room upstairs, trying to solve the problem while the party went on without them.

"Funnily enough, we actually couldn't solve the problem that night, and the next morning, we woke up and solved it in about 10 minutes," Farqhuar said. "We ended up solving three issues with that guy that weekend and made AU$2,000, so that was the first big money we made through technical support."

While it was a nightmarish period for him and Cannon-Brookes, it helped them realise that they were actually passionate about building software, not supporting it.

They came out with their first product, JIRA, a bug and project-tracking software, in 2003. By 2011, the company was making AU$59 million in revenue, and now has offices around the world.

Atlassian is often held up as one of Australia's biggest success stories, a company that is huge but with a vibrant, fun work culture, and bursting with innovation. With projects such as the Hack House graduate program, the company projects a very laidback image, and it's easy to think that the people who work there are a frivolous bunch.

It's all a matter of branding, according to Farquhar.

"If anything, I think we've gone too much on emphasising the fun part of our branding and maybe not enough on the impact staff can have on the world," he lamented.

Atlassian folks don't take themselves too seriously, but that doesn't mean the company is an oasis for bohemians with no work ethic.

"As long as you get the job done, we don't care how you get it done or what hours you get into work," Farquhar said. "But I think we also need to emphasise the impact the staff has here.

"You write software code, and it helps 24,000 companies do their work, which is millions of people every day."

Besides being the chilled-out overlord at Atlassian, Farquhar is also an avid supporter of startups in Australia. He is actively involved in several startup incubator programs, including Startmate.

Despite a recent report from Deloitte claiming that Australia has a less than ideal environment for startups, since less than 5 percent actually manage to scale up, Farquhar strongly disagrees that local startups are doomed.

"Startups are basically destructive innovation," he said. "I actually think the failure rate is not a problem at all.

"Even among the incubators we are in, we've had a couple of really big hits and a couple that have gone nowhere."

Founders of startup companies can benefit from the experience they gain from a failed business.

"These aren't big multinationals here. It's usually two guys in a shed that did something for six months," Farquhar said. "If it fails, they'll do something different for the next six months — I don't think it's a big deal.

"When I look at where the startup scene in Sydney is now compared to 10 years ago when it first started — these days, if you wanted to start something in Sydney, there are so many resources to do so."

But he does admit that there is still a lot the government could do in terms of nurturing the startup scene in Australia.

So what are the chances that another Atlassian will rise up in Australia again? Slim, according to Farquhar.

"I think there is less chance now of there being another Atlassian," he said. "It's not because startups won't start here — but, given the ties we now have with the US, there is now a strong connection between Silicon Valley and Sydney.

"Altassian probably would have moved over to Silicon Valley a lot earlier and grown up over there if that were the case back in the day."

Again, Farquhar noted that the legislative environment in Australia is just not as friendly compared with the US.

"Most people, including myself, would recommend to startups to incorporate their companies overseas," he said. "I think the government can do a lot more with startups, and I'll keep pounding on that until we see some meaningful traction."

As well as being engaged with the plight of startups in Australia, Farquhar is also passionate about encouraging more people to join the IT industry. Altassian has experienced the IT skills shortage firsthand, so he has little patience for those who claim the skills shortage is non-existent.

"We struggled this year — we have less people than last year at the Hack House," Farquhar said. "Increasingly, there is flight to overseas, and these days more smart young people with no ties to Australia are going to Silicon Valley."

There is also an expectation for young IT professionals to be highly articulate, understand business concepts, and understand the technical side of things. These people, according to Farquhar, are becoming harder and harder to come by.

Atlassian is active in encouraging people to join the IT workforce though sponsoring university scholarships and the National Computer Science School.

"There are misconceptions about the IT industry, that you're in a basement writing code all day," Farquhar said. "Hopefully, the Atlassian story of starting something yourself is inspiring."