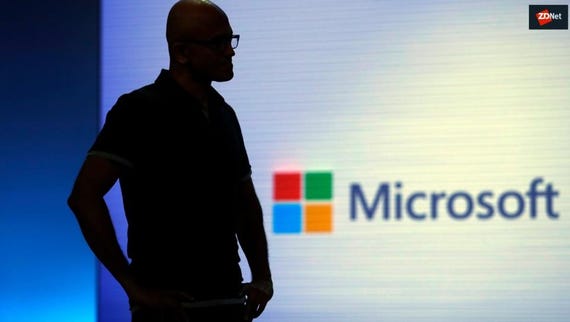 In a win for both tech giants, Apple has launched an "all-new" iCloud app for Windows that's available in the Microsoft Store.

The revamped iCloud for Windows app introduces a new iCloud Drive feature that makes it easier to share files between iOS devices and Windows 10 PCs.

The one-time rivals for desktop domination and former smartphone competitors are collaborating to improve the experience for iPhone owners who use Windows 10 PCs.

Microsoft's says there are now 825 million active Windows 10 devices. A good chunk of them would also own an Apple iPhone and/or an iPad.

While the companies do compete on some technologies – Siri versus Cortana, for example – the cloud, Google, and mobile has diminished that rivalry and helped spawn numerous collaborative efforts.

This time, Apple hasn't even bothered to announce the new iCloud for Windows app, leaving Microsoft to herald its arrival in the Microsoft Store with a new iCloud Drive feature.

"We're excited to announce that starting today, iCloud for Windows is now available to download as an app in the Microsoft Store worldwide," said Giorgio Sardo, engineering general manager for the Microsoft 365 developer ecosystem.

Microsoft boasts that Apple's software uses the same tech that powers Microsoft's OneDrive Files On-Demand, a feature that helps users access files in the cloud even when they're offline.

The iCloud for Windows app and iCloud Drive gives users access to iCloud Drive files from within Windows 10 File Explorer and doesn't use up storage on the PC.

Users can also choose files and folders they want to keep on a PC as well as store files in iCloud Drive and then access them from an iOS device, a Mac and on the iCloud website.

Apple did release an updated support page titled 'What is iCloud for Windows?', showing an iPad and iPhone next to a Windows PC with the iCloud app open above File Explorer in the background.

"If you use iCloud for Windows 10, you can use iCloud Drive to initiate shared files or to optimize files. You can also pin files or folders locally so they don't optimize back to iCloud, and access shared photo streams and improved iCloud Photo Library support," Apple notes.

Join Discussion for: Use iPhone and Windows 10? Microsoft, Apple...