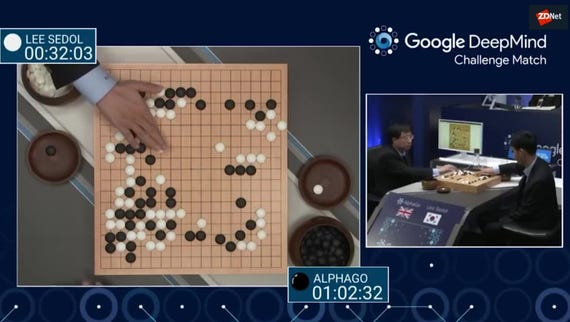 Google Assistant vs Siri vs Bing: This IQ test shows which is smarter
Watch Now

In a previous article, I discussed the huge lead Amazon has over competitors in the IoT space, namely Google and Apple.

Read also: Why Microsoft is splitting up Windows in its latest reorganization

Alexa has virtually all the market share when it comes to intelligent devices hooked into home automation, and there doesn't seem to be any indication that it is losing momentum or that its competitors are having any luck encroaching on its market position.

But a lot of it has to do with the fact that Amazon's competition is lame.

Sure, Google has an excellent voice assistant, but Google's smart speaker hardware has so far proven to be buggy, and it doesn't have the developer partnerships that Amazon has for Alexa.

While Apple has solid speaker hardware that has been praised for its sound quality, the HomePod is hampered by Siri, which is just as stupid and borderline useless now as it was when it was launched six years ago.

Google will undoubtedly be able to improve its hardware, and by licensing Google Assistant to different manufacturers, there will eventually be better diversity and a choice of devices that use it. That's the way the company does things.

However, whether it can secure Internet of Things (IoT) integration partnerships -- and if it can be successful in the same way Amazon can -- is another matter entirely.

Apple is not a cloud company

Apple faces different issues. The company has plenty of money to buy technology firms that can improve Siri's intelligence, but there are any number of integration challenges when doing things that way. Money doesn't solve all your problems.

Virtual assistants are a very cloud-intensive technology, as the voice queries are processed remotely. All the heavy lifting is done in the cloud.

Both Amazon and Google have a lot of experience in the areas of machine learning and AI when it comes to organizing their content. To do that requires understanding how to run cloud computing infrastructure and develop software in the cloud itself.

Both of them are extremely good at that. Apple is not. Apple makes devices and software (which, arguably, it is struggling with as well).

Apple also isn't good at farming out or cultivating partnerships and developing APIs like Amazon is for integrating into web services that run on its cloud, such as with Alexa Skills and AWS Lambda.

Apple needs a cloud computing backend upgrade if it has any hope of beefing up Siri and competing with the likes of Amazon and Google. But Apple doesn't want to be in the commercial cloud business or even the consumer cloud business. That's not where its talents or its intentions lie.

If only it could find a partner that was really good at that stuff.

I have been saying for years that Apple's best friend in software development for iOS and Mac is Microsoft. By far the best business and the best consumer apps for its platforms come from Redmond.

Read also: Cortana isn't dead. She just needs to get to work.

Microsoft would be a natural partner in cloud -- if only Apple could get past its "not invented here" culture.

Azure/365 is the most sophisticated commercial and consumer cloud in existence. It has dozens of back-end services, including those for machine learning, analytics, and big data. It is tailor-made to run the types of workloads needed for iCloud to become the best consumer cloud services provider on mobile devices, bar-none.

And while Windows 10 Mobile was an absolute failure in the marketplace, the one feature everyone admired was its Cortana assistant technology.

I don't know how many people actually use Cortana on Windows 10. It's there for everyone to use, but I don't think the desktop operating system UX lends itself well to voice integration. It's really meant for a hands-free type of interaction on a mobile device or a smart speaker.

Despite its bolt-on status on the Windows 10 desktop, Cortana is indeed super smart. It would be a total no-brainer for Apple to rip Siri's brains out and replace it with Cortana and all the back-end services Microsoft has for web and mobile on Azure and Office 365.

If you are an iOS user, you can download Cortana from the App Store and test it out. It's extremely impressive and far more robust -- in terms of its back-end data capabilities -- than Siri is today.

And, as a standalone app, this is without any kind of tight integration with iOS. Can you imagine if it was directly hooked into the OS -- with Siri branding and voice fonts?

Microsoft understands the complexities of cloud

What I believe Apple needs to do is sign a 10-year partnership with Microsoft so that the company provides managed services for the next-generation version of iCloud running on Azure.

Read also: Can Cortana ever catch up? Microsoft digital assistant in search of a different proposition

In addition to providing the brains behind Siri, this would include all the services that we enjoy on iOS and Mac now, which includes the Photostream feature and device backups and cloud-based storage for Apple's iWork applications.

Does anyone really like how iCloud and photo management works on iOS today? It's a kludgy, buggy disgrace.

Have you ever tried to delete and manage large amounts (tens of gigabytes) of photos or manage iCloud backups in a sane way? It's a futile exercise that requires plugging the device into a Mac.

Microsoft understands the complexities of cloud storage management on a massive georedundant scale. Apple does not.

And does anyone really think the built-in Mail and Calendar apps are better than Outlook for iOS, which is free and works with all kinds of mail providers, not just Microsoft's?

It just makes sense -- even in the long-term

This partnership would allow Apple to concentrate on the core feature sets for iOS and Mac, while the types of things that are transparent to the user and are under the auspices of business continuity and consumer cloud computing can be assigned to Microsoft.

I would go a step farther: Long-term, OneDrive should probably replace the iCloud Backup engine, and Apple's Photostream should replace what is on Windows, and Apple and Microsoft should agree to develop the future of these consumer cloud services together.

I certainly think Apple Maps can be vastly improved using Microsoft's technology, and I would like to see iTunes rebuilt from the ground up on both Mac and Windows 10. A partnership between the two companies would allow many such things to be accomplished.

Is it time for Apple and Microsoft to collaborate on consumer cloud and make Siri a real virtual assistant contender and IoT platform? Talk Back and Let Me Know.

The voice agent pioneer has not kept pace as Alexa and Google Assistant rack up integrations. But voice interaction is ultimately about conversation, not delegation.

Microsoft is slowly introducing new features to Cortana, including the ability to check for and read new emails aloud and talk to Amazon's Alexa.

Join Discussion for: Why Apple should fire Siri and hire Cortana