Using VR and the cloud to improve child welfare services 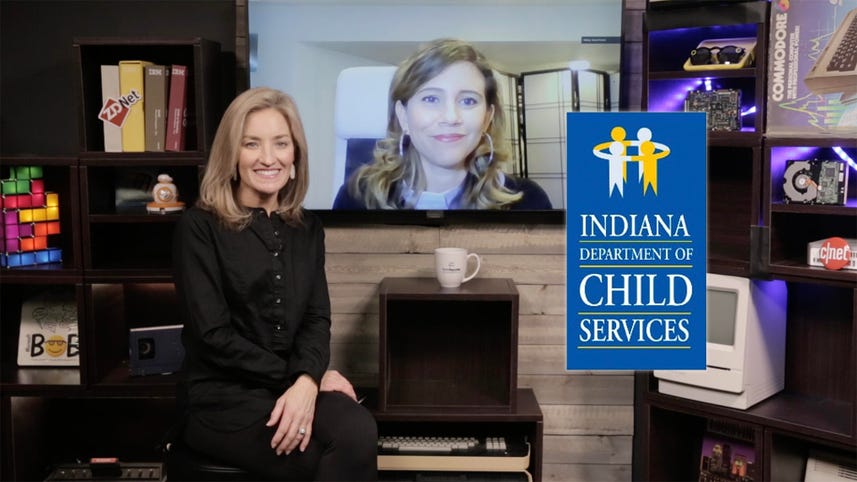 Working as a case manager for a state child welfare department can be, to put it lightly, a tough job: Imagine going into a home, meeting a mother or father accused of child abuse, interviewing the family and having to make a decision about whether their children are in good hands.

In the state of Indiana, that trying experience was taking a toll on the Child Services Department's workforce. The department had a turnover rate among family case managers (FCMs) of around 40 percent, with most leaving within the first two years on the job.

The cases assigned to these managers are typically open between 18 months and three years, Kevin Jones, CIO of Indiana's Child Services Department, said to ZDNet.

"Getting [a child] back to the family in a safe environment is our objective," Jones said. Yet when a case manager leaves, "those cases get orphaned and abandoned, and it's left for someone to pick up the pieces."

The high turnover, not surprisingly, impacts the remaining staff. The department typically gives FCMs responsibility for no more than 12 cases or 13 children, so they don't become over-burdened. Still, the department's Child Welfare division handles a huge number of child welfare cases -- about 200,000 to 250,000 investigations per year. About 10 percent of those cases reveal scenarios where a child is in need of state care -- that's 24,000 children.

When Jones became CIO of the department in 2017, he was tasked with finding technologies that could help solve these problems. As a systems engineer, Jones said he approached the challenge by considering his objectives, rather than the tools at his disposal. He ultimately deployed cloud-based employee engagement tools to gather data about employee sentiment and virtual reality programs to help new and prospective employees learn about the daunting experience of making a family visit as a case manager.

VR is still largely seen as a gaming platform -- consumer spending on AR and VR (reaching a projected $7 billion) will be greater than any single enterprise industry in 2020, according to IDC. Still, the technology is gaining ground in the workplace.

SEE: The business guide to AR and VR: Everything you need to know

While workplace VR deployments often focus on employee training, Indiana's deployment stands out for its focus on prospective employees.

"I looked at VR not for gamification, but as an experience product," Jones said. "It was easy to see how experience applies to the challenge. We need to give individuals the experience [of making a family visit], we need to evaluate them on experience in order to focus on making sure we're hiring the right people, and giving everyone the chance to see what the job is, so they're making a sound choice for themselves as well."

A year after launching the new initiatives, Jones is seeing results. So far, the department has reduced the turnover rate by 18 percent, he said.

To start tackling the problem, the department first had to understand it.

"One thing we historically had not been able to do was capture valid reasons as to why these individuals were leaving," Jones said, "and start to target areas where we can improve, or at least better understand what we're doing."

Jones tapped cloud service provider Vlocity to build an "employee engagement product." Vlocity was built on the Salesforce platform and focuses on supporting six key industries, including government. Salesforce just announced its plan to acquire Vlocity for $1.33 billion, underscoring the value of deep industry expertise in the cloud space.

In the past, when Indiana's Child Services Department surveyed outgoing employees, it had around a 30 percent response rate. Vlocity helped the department build a new, 25-question survey that was automatically sent to workers' cell phones and email addresses as soon as they delivered their two-week notice to HR. With a more seamless workflow, the survey return rate increased to 95 percent.

From that, the department learned that more than half of its departing case workers were leaving because their expectations for the job did not align with their actual experience.

Offering real-world experience to prospective employees wasn't really an option -- government compliance measures, such as background-check requirements, would make it effectively impossible to send interviewees out on the job before they were hired.

Instead, Jones decided to build a VR simulation that gave prospective employees the experience of going into a home and engaging with caretakers accused of child abuse. The department worked with Accenture to build the custom simulation for Oculus headsets.

Then, Jones tapped Vlocity and Mulesoft, another Salesforce company, to collect data from the simulations about the way prospective employees responded to the simulations. The department uses that information to help identify candidates well-suited for the job. Meanwhile, the VR experience has also prompted some job candidates to take themselves out of the running.

"We're able to give them an experience that allows them to say, 'Hey you know what, I wasn't aware of what the job was like. Now that I am aware of that, I am going to pass on that,'" Jones said.

While the turnover rate has already dropped 18 percent, Jones said there's still room for improvement. The VR simulations have been deployed in Indiana's largest counties, where 70 percent of hiring takes place, and they're also put to use at job fairs.

The Child Services Department is also expanding its use of the VR simulations from a hiring tool to a staff development tool, to ensure new case managers are as prepared as possible to enter the field.

The department has also expanded its use of surveys, following up with new hires 30 days and 60 days into the job, to make sure they're getting the support they need.

Meanwhile, after Accenture customized its VR solutions for Indiana, it's possible the firm could help other states follow suit. Jones said that other state leaders shouldn't let the typical constraints of the public sector inhibit their use of new technologies.

"Don't look at your circumstance and let that define what you do as a solution," he said. "Look at the need and provide the right solution regardless of what your environment, industry or business process is."

iPhone
Tech jobs: These are the 10 most in-demand developer, cybersecurity and cloud roles