Full Bio
Posted in Between the Lines on January 9, 2020 | Topic: Cloud 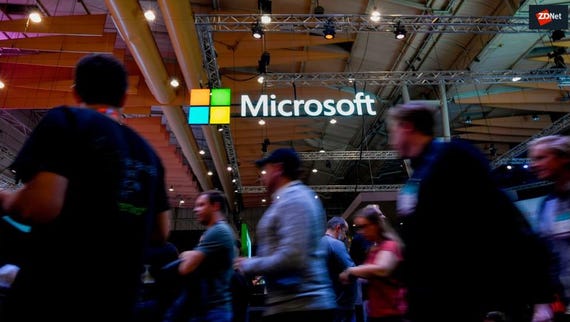 Insight Partners has announced the acquisition of Veeam Software to launch the cloud solutions company to a central position on a global scale.

On Thursday, the private equity and venture capital firm said the deal has been agreed on a $5 billion valuation and is expected to close in Q1 2020, pending regulatory approval.

Veeam Software, based in Baar, Switzerland, is little-known in the United States but the privately-held company has previously surpassed $1 billion in annual bookings.

The company's cloud portfolio, including backup solutions, cloud security offerings, and cloud data management is used by over 365,000 customers worldwide. Veeam says that 81 percent of the Fortune 500 and 66 percent of the Global 2000 are counted as clients.

Partners and resellers of Veeam solutions include HPE, NetApp, Cisco, and Lenovo.

Customers have streamed into the Veeam ecosystem at a rate of roughly 4,000 new bookings per month. Veeam's first, "Act I" goal was to create and maintain a strong position in the backup market, but as clients are now also utilizing hybrid cloud setups with AWS, Azure, IBM and Google, the firm's "Act II" is to capitalize on a growing need for cloud data management across these environments.

It appears that Insight intends for its latest purchase to not only manage Act II, but also to become better known as a brand in the cloud industry -- as the investment giant intends to change Veeam into a US company with a US-based leadership team.

While the cloud solutions provider will continue to serve its customers and maintain business as usual, Veeam will also be pushed further toward its global of global expansion into new markets, including a deeper transition into the hybrid cloud market.

"The acquisition and bolstering of US leadership will accelerate Veeam's already impressive growth trajectory and expansion into adjacent markets," Insight says.

The former executive vice president of operations at Veeam, William Largent, has been promoted to CEO as part of the agreement. Danny Allan, the former VP of product strategy, has been bumped up to CTO. Co-founders Andrei Baronov and Ratmir Timashev are stepping down from the board, which will now include investor Nick Ayers, Insight Managing Director Mike Triplett, and Largent. Insight MDs Ryan Hinkle and Ross Devor will join the board after the acquisition is finalized.

Aside from leadership restructuring, Insight says one of the main goals is to increase the Veeam workforce, currently accounting for roughly 1,200 employees.

Insight has previously invested $500 million in Veeam and has maintained a long-term relationship with the Veeam team. The funding was said to validate Veeam's goals "to be the most trusted provider of backup solutions that enable intelligent data management, and, through the Veeam availability platform, deliver agility, availability and business acceleration to customers across the globe."

"Veeam's strong growth, coupled with high customer retention, unparalleled data management solutions and the opportunities to expand services into new markets, make Veeam one of the most exciting software companies in the world today," says Triplett. "We are committed to supporting Veeam's next phase of leadership and growth in the United States, continued market-share leadership position in EMEA and continued global expansion."

Earlier this week, Insight announced the acquisition of Armis Security in a deal worth $1.1 billion.