Venezuela's Petro cryptocurrency tipped as way out of economic crisis

Citizens are left wondering if the reveal is a way to claw out of economic issues or little more than a press stunt.
Written by Charlie Osborne, Contributor on Dec. 4, 2017 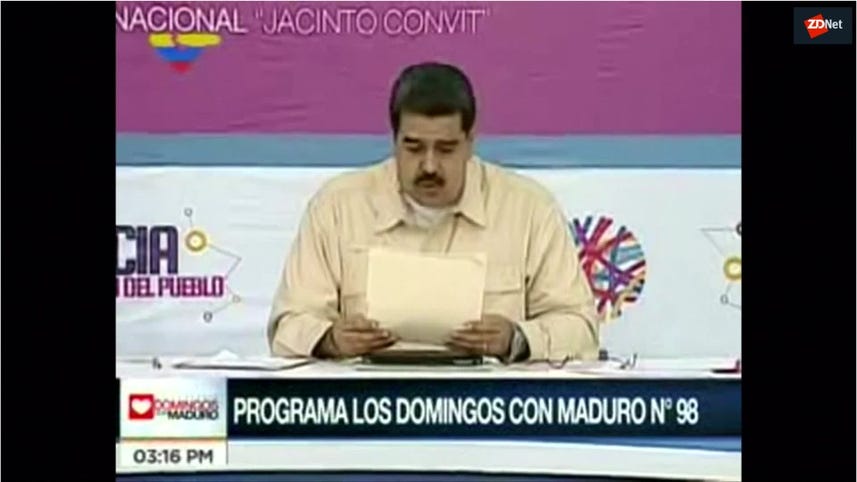 Venezuelan President Nicolas Maduro has revealed a new cryptocurrency which has been created in an attempt to lessen the country's current economic nightmare.

On Sunday, as reported by the BBC, the president unveiled "Petro," a new kind of cryptocurrency which would be supported by the country's oil, gas, and precious metals.

Maduro said in an announcement on television that the virtual currency would give Venezuela the opportunity to "advance in issues of monetary sovereignty, to make financial transactions and overcome the financial blockade."

To a cheering crowd, the president reportedly added, "the 21st Century has arrived!"

Economists predict Venezuela is on the verge of hyperinflation, with consumer prices forecast to soar by over 2,300 percent next year in a country where food and medicine have become scarce, wages have not risen with living costs, and crime is on the rise due to heavy debts and falling oil prices.

The country has also struggled with US sanctions imposed against some members of the government for alleged corruption and drug trafficking.

Maduro deemed these sanctions a "blockage" in the announcement as he seeks other ways to pay off his country's rising debt, which is estimated to have reached roughly $140 billion.

However, no details on the new cryptocurrency, how it will be mined, when it will be launched, who will have access to trading -- and on what platforms -- have been explained.

Opposition MPs met the announcement with skepticism and with the creation of Petro requiring the support of Congress, the president has to make a far stronger and comprehensible case for the cryptocurrency if Petro is going to have a future in the country.

One opposition MP, Angel Alvarado, told the publication that the announcement "had no credibility," and it was nothing more than "Maduro being a clown."

Cryptocurrency and blockchain technologies have gained traction in finance, with the price of Bitcoin reaching $11172 at the time of writing and traditional banking sectors taking note of how the technologies could be used to further their own businesses.

In August, Falcon Bank said customers would be able to buy and sell Bitcoin through special accounts, while Barclays, Credit Suisse, Canadian Imperial Bank of Commerce, HSBC, MUFG, State Street, UBS, and BNY Mellon, among others, are turning to the blockchain for clearing and settling transactions.

IBM has also developed a blockchain solution for financial institutions.

Venezuela could take advantage of this trend, but without a stable financial structure in place and escalating debt, cryptocurrency is no silver bullet able to solve country debts. There is a risk that the plan would simply never get off the ground, investors would ignore the virtual currency, or traders would simply lose out.

Just because a coin is in circulation does not mean it has intrinsic value or does not hold risk for investors -- and without a complete, comprehensive plan, as well as an understanding of the market beyond speculation, Petro may already be doomed to failure.

However, some countries, including China and Vietnam, have imposed severe restrictions on the trade of cryptocurrency and the launch of Initial Coin Offerings (ICOs).

Vietnamese officials have deemed cryptocurrency trades as illegal in the country, while China has banned ICOs as they are a "disruption to financial order."