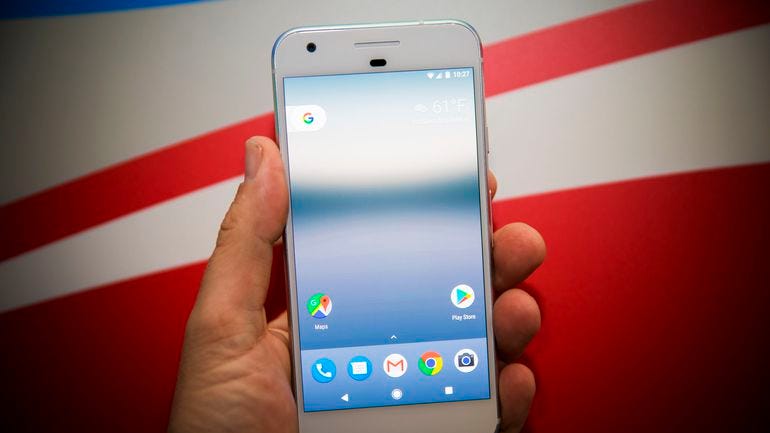 For those who are thinking about purchasing the new Google Pixel from Verizon, but hesitant due to Verizon's history of delaying software updates, the company promises it has changed.

First and foremost, all operating system and security updates to the Pixel devices will happen in partnership with Google. In other words, when Google releases an update, Verizon phones will receive the same update at the same time (much like iOS updates). Verizon will not stand in the way of any major updates and users will get all updates at the same time as Google.

Also, the Verizon version of the Google Pixel is carrier unlocked, so you can use it where ever you like. Finally, we have three apps pre-installed on the phone Go90, My Verizon (which is your account management tool) and Verizon Messages (your messaging app). As you noted, all three can easily be uninstalled by the user.

There's a lot to unpack in the statement, the biggest of which is that Google has apparently convinced Verizon to treat its phones the same as Apple's iPhone. Meaning, when Apple releases an iOS update, it's released at the same time across all carriers, and the Pixel line will receive that same treatment.

Furthermore, the statement also indicates preinstalled Verizon apps (all three of them) on the Verizon version of the Pixel can be uninstalled. Not hidden -- uninstalled. Carrier bloatware is always a concern with Android devices, so it's good to hear Google has convinced Verizon not only to limit the number of apps, but to give users the option to remove them.

Lastly, a Google Pixel purchased from Verizon is unlocked just as a Pixel purchased directly from Google is. This is good news for those who have preordered the Pixel and will end up waiting several weeks for the phone to come in.

Instead of waiting for a backordered device, you can stop in a Verizon Wireless store or Best Buy (which is only selling the Verizon variant of the Pixel) on Oct. 20, pay full price, and walk out with a Pixel compatible with your preferred carrier.

Verizon's statement comes days after a previous report indicated the carrier would "manage" software updates for the Pixel, leading some to believe a Pixel purchased from Verizon would miss out on software updates, as has often been the case in the past.

Putting skepticism aside, it's about time a company was able to convince a carrier -- especially Verizon -- to commit to timely OS updates. Not only are updates important for added user features, but critical security features are often included, and when a carrier gets in the way with redundant testing, nobody wins.