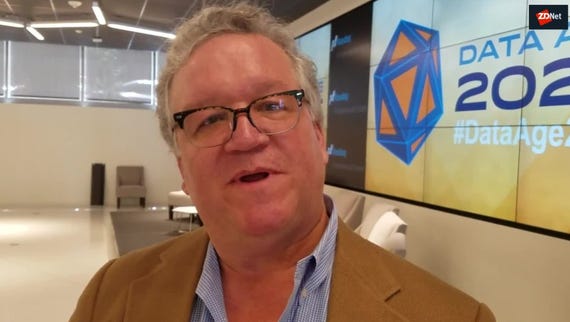 How data is fueling an expanding universe of entertainment
Watch Now

Verizon Wireless customers on old, unlimited data plans who exceed 200GB a month will need to move to a limited plan by February or face being cut off the network.

The new policy only affects customers still on Verizon Wireless' unlimited data plans and is the carrier's latest effort to move heavy users off the product, which it stopped offering several years ago.

Verizon told Ars Technica that it was now notifying a "small group of customers" who exceed 200GB of data over several months that they'll need to move to a Verizon Plan by February 16.

​Verizon bets on features over prices with new data billing plans Verizon's betting that you're willing to pay more for its reliable 4G network than going cheaper with another phone company.

Those customers will be disconnected if they don't move to a limited plan and from there will have 50 days to reconnect to a new valid plan, according to the company.

At the time, the carrier said it was aiming at customers who used "well in excess of" its largest offer, the 100GB plan, which currently costs $450 monthly, excluding line access fees.

As Ars notes, that's a much higher cost than the roughly $100 a month that customers who are still on the grandfathered unlimited data pay today.

The new 200GB policy, first reported by Droid-Life, follows Verizon's move last week to raise its upgrade fee, which is charged when customers buy a new phone, from $20 to $30.

Join Discussion for: Verizon to 'unlimited' data users: 'You use...