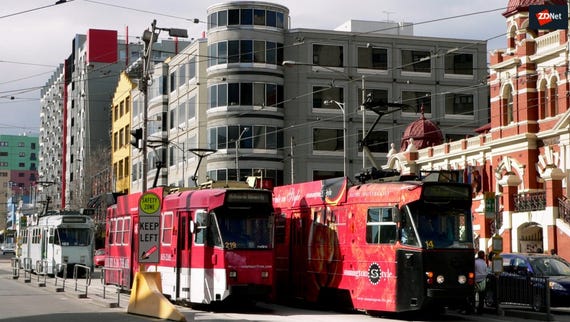 The Victorian government has pulled its AU$11 million commitment to the federal government's mobile blackspots program, opting instead to build its own new mobile towers across regional parts of the state.

In a statement, Minister for Innovation and the Digital Economy Philip Dalidakis said the new system to be implemented by the state government "chooses mobile tower locations based on merit and necessity rather than political interests".

According to the minister, the decision to leave the federal government's program is due to the Commonwealth failing to properly consult when choosing sites and a "complete lack of transparency" about how sites are chosen.

The Victorian government will work with the telecommunications industry to build the towers, and the state is upholding its existing commitments to co-fund 141 new mobile towers with the federal government, Telstra, and Optus.

The state government and Optus had also announced a separate AU$16 million partnership in October to build an additional 25 towers throughout Victoria that Dalidakis said would continue to be honoured.

The new infrastructure will serve around 5,000 premises with mobile coverage, with all towers to be operational by the end of 2019.

Optus said at the time it provided a "majority" of the AU$16 million co-investment, with VP of Regulatory and Public Affairs Andrew Sheridan saying the announcement is an extension of its AU$1 billion commitment to provide coverage to regional areas of the country.

The new state-run mobile blackspots project is being delivered as part of the AU$45 million Connecting Regional Communities Program announced in the 2017-18 Budget. The program is aimed at improving digital technology and infrastructure in regional areas across the state.

"The government is investing AU$45 million to give regional Victorian homes and businesses access to mobile and broadband technologies, enabling them to participate in the digital economy," the Budget 2017-18 papers explain.

As of May 2017, Victoria had a target of 30 new mobile base stations to be facilitated

The Australian government opened the third round of the mobile blackspots program in November, with 106 "priority" locations named as possibilities for the AU$60 million in funding to extend coverage.

The funding was originally announced by Prime Minister Malcolm Turnbull in the lead-up to the 2016 federal election in May of that year and was said to exclusively target the list of identified priority locations.

This followed accusations from the federal Labor party that the government had chosen primarily Coalition electorates for its previous blackspot locations, and a report from the audit office saying the Department of Communications had erred in its selection criteria and ability to evaluate impact and cost effectiveness.

"The government has committed AU$60 million to priority black spot locations, on top of the AU$160 million already committed under the first two funding rounds of the program," Communications Minister Mitch Fifield said in November.

"Telecommunications providers will bid to deliver coverage to priority locations by nominating the amount of Commonwealth funding sought, their own proposed co-contribution, funding from state and local governments, and other sources. Bids will be assessed by the Department of Communications on a value-for-money basis."

In delivering its final report on the telecommunications Universal Service Obligation (USO) last year, the Productivity Commission suggested that an independent evaluation of the mobile blackspots program be commissioned prior to the third funding round.

The Victorian government said it has already invested almost AU$33 million in connecting 20,000 premises that previously had no or poor mobile coverage, and other projects it highlighted as improving connectivity across regional Victoria include the free public Wi-Fi in Bendigo and Ballarat, and new mobile towers and signal boosters to improve coverage for commuters on regional rail.

USO to be axed in 2020 for Universal Service Guarantee

Upon the completion of the NBN rollout in 2020, the USO will be replaced with a guarantee ensuring broadband and voice services are supplied to every premises in Australia.

The Australian government has identified 106 mobile blackspot locations across all states for AU$60 million in funding under its 'priority' round, though the Opposition has again argued that the selection was politically driven.