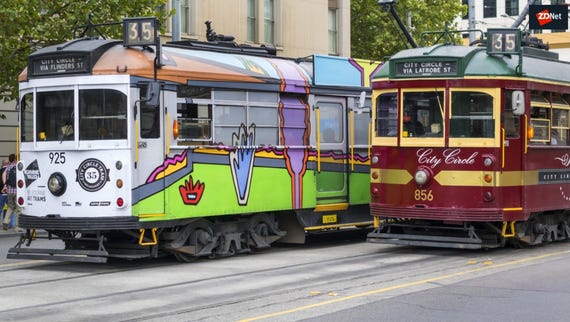 A selected test group will trial a new smartphone app, Mobile Myki, that allows for the use of Android devices with NFC to replace Melbourne's Myki card for ticketing on public transit.

The trial will run until early 2019, with testers limited initially to an "industry-based test group" before being opened to a "wider, public test group".

Using the NFC element within an Android device to replace the functionality of the Myki card will require a new app, the state government said.

"We're trialling this new technology as part of our ongoing work to make public transport easy and accessible for more Victorians," Minister for Public Transport Jacinta Allan said in a statement.

"Over the next year, we will watch how the trial goes, and make sure we get the technology right before making it available for all Victorians."

While Melbourne is headed down a path that replaces physical cards with smartphone apps, Sydney is examining the prospect of dropping transit cards in favour of credit card usage.

In July, Transport for NSW began a trial on the Manly Ferry of using MasterCard instead of the Opal card for ticketing, allowing for mobile devices or wearables equipped with NFC payments connected to a MasterCard account to be used.

"Since the technical trial was launched in July, the technology has remained stable and customer feedback has been extremely positive, with users finding the new payment option intuitive and easy to use," a spokesperson for the government said about the Manly trial in December.

"The trial will continue to run through 2018 to allow Transport for NSW to gather data to inform decisions around any further expansion of contactless payments on other services and modes of transport."

Lance Blockley, managing director of The Initiatives Group, a consultancy firm that provides analysis and guidance for those playing in the payments space, said late last year that Myki will not be able to support credit card payments.

A Victorian auditor-general's report released in 2015 on Myki said the system was poorly planned and overly ambitious.

Commuters around the country will soon be able to pay via credit cards and smartphones, with a flurry of announcements being made over the weekend.

The Victorian government has handed NTT Data a seven-year contract to work on improving the existing Myki transport ticketing system.

Cause of Metro Trains IT meltdown still unclear

An investigation has been launched to get to the bottom of the system failure that brought Melbourne's suburban trains to a halt for an hour.

The banks have shunned non-iPhone payment alternatives such as Android Pay as they fight for rights to Apple's NFC technology.

The Victorian auditor-general's office has tabled a report into the state transport's Myki ticketing system, with the auditor-general left less than impressed.

Join Discussion for: Victoria to trial replacing Myki card with...