By Chris Duckett and Suzanne Tindal | May 20, 2009 | Topic: Enterprise Software 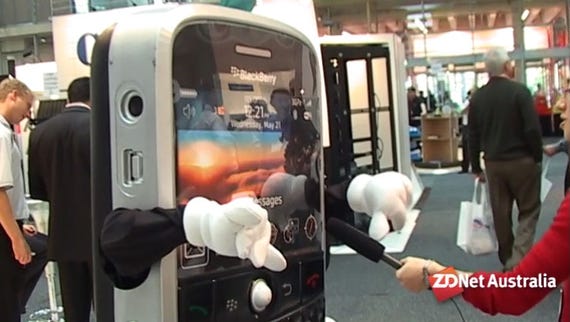 Will the internet run out of space?
Watch Now

video In late April, Australian breakfast television broke the dire revelation that the internet was near capacity and would soon be full. So with CeBIT underway, we took the opportunity to ask the punters what they thought of the impending disaster.

When the verdict came down, it was clearly on the side that the "Great Internet Spillage of 2009" is not going to occur — disaster averted!

Ratbags is ZDNet.com.au's light-hearted look at the Australian technology scene. Previously we've chased Microsoft CEO Steve Ballmer all around Sydney, set fire to and microwaved a bunch of hard disks and asked people what they think of Windows 7 — or was it KDE4? And we've even interviewed Fake Stephen Conroy in a hidden location.