A robotic limb is most useful if it feels like its part of the body. VR offers a solution.
Written by Greg Nichols, Contributing Writer on Aug. 21, 2018 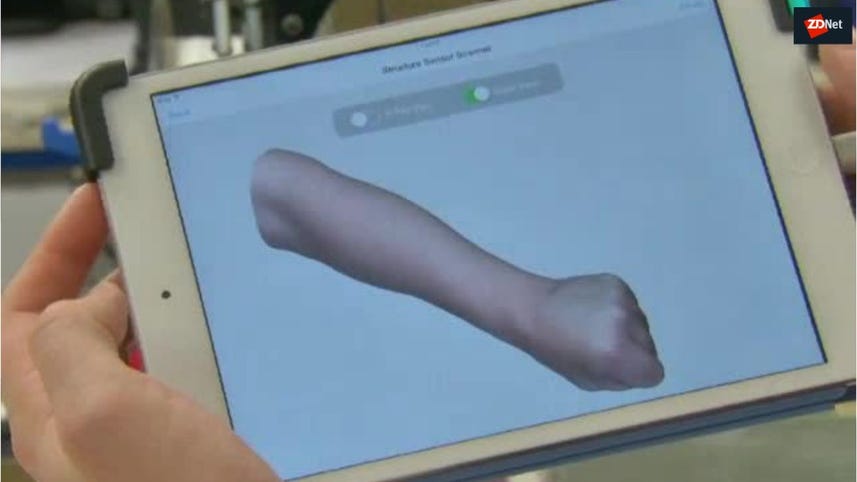 Watching Star Wars recently, I got to thinking about Luke Skywalker's bionic hand. As robots become increasingly dexterous and tactile sensors become smaller and more capable, the essential components of a bionic limb like the one Luke was fitted with are nearly a reality.

Double amputee (and biomechatronics super star) Hugh Herr has made huge strides in that direction with his own bionic prostheses.

But it turns out the technology is only part of the equation. The thing that made Luke's bionic hand so cool was the fact that he adopted it seamlessly, instantaneously, as though it were a bolt-on, aftermarket improvement on the real thing.

In real life, it turns out amputees fitted with prostheses -- even high tech units that incorporate tactile sensing -- have a hard time getting used to the new hardware. It never becomes part of them, never feels like anything more than a piece of hardware sitting unnaturally where a body part should be.

Now there's hope that a relatively simple technique employing virtual reality can trick the mind into embodying a prosthetic limb. The research was carried out in a scientific collaboration led by EPFL (Ecole polytechnique fédérale de Lausanne).

Part of the problem is the phantom limb phenomenon. The brain of amputees perceives a limb where one no longer exists.

"Amputees still feel their missing limb," according an EPFL spokesperson, "even if it is physically gone, and this ghost limb, aka phantom limb, is perceived as much smaller that the lost limb."

A person whose arm has been amputated at the elbow, for example, may perceive their phantom hand to be located near their stump. When a prosthetic is introduced there's a cognitive disconnect between the phantom limb and the much longer hardware meant to replace it.

The EPFL-led research combines the senses of sight and touch to fool the brain into embodying the prosthetic limb. Nerves in the stumps of hand amputees were stimulated to simulate a sense of touch in one of the missing fingers. The participants also wore VR goggles that showed the index finger of their prosthetic limb glowing in sync with the simulated touch.

"The brain regularly uses its senses to evaluate what belongs to the body and what is external to the body," explains Giulio Rognini of EPFL's Laboratory of Cognitive Neuroprosthetics. "We showed exactly how vision and touch can be combined to trick the amputee's brain into feeling what it sees, inducing embodiment of the prosthetic hand with an additional effect that the phantom limb grows into the prosthetic one."

That bears repeating, because it's such a fascinating concept: The phantom limb, which initially feels much smaller than the prosthetic limb, actually grows into the new hardware, as if the brain is grafting it onto the body.

In combination with research into bionic limbs that stimulate nerves to give users a sense of touch and read myoelectric impulses, enabling new ways of controlling limbs with the mind, this research opens up the possibility of a bionic future like the one imagined in Star Wars.

"The setup is portable and could one day be turned into a therapy to help patients embody their prosthetic limb permanently," says Rognini.