Visa Brazil is looking for startups active in the fintech segment for its recently launched acceleration program. 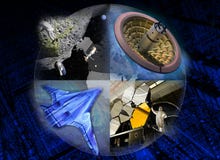 From robotics to analytics, why NASA is offering startups over 1,000 patents for 'free' Startups could get a major lift from NASA if they can find a technology at the space agency that fits their commercial ambitions.

Following the acceleration program, the startups will pitch their projects to an audience of senior executives from large organizations and investors interested in investing between R$300,000 ($94,366) and R$ 1m ($314,600).

According to the payments giant -- who has recently launched a "Co-Creation Center" in São Paulo as part of its global innovation strategy -- the idea is to create an environment of co-creation for the development of the next generation of payments.

Startups should sign up for the program online until November 19.