After weeks of speculation, Vodafone has confirmed that it's in talks with Liberty Global - just not merger talks.

Vodafone issued a statement on Friday saying that the companies are exploring an asset swap, but are not looking towards a takeover or merger. 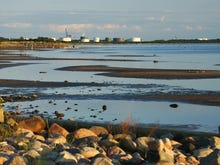 "Vodafone confirms that it is in the early stages of discussions with Liberty Global regarding a possible exchange of selected assets between the two companies.... Vodafone is not in discussions with Liberty Global concerning a combination of the two companies," Vodafone said in a statement. It added that there is no certainty that any deal will ultimately be reached.

Rumours of a union between the two telcos gathered steam recently when Liberty Global's chairman John Malone told Bloomberg that Vodafone would be a "great fit" with the company, particularly in Germany, the Netherlands, and the UK. "We've looked at that from our side and there would be very substantial synergies if we could find a way to work together or combine the companies with respect to western Europe," he told the publication last month.

Mobile giant Vodafone has networks in 26 countries and 444 million customers worldwide. While the majority of its customers use its mobile products, it also has 12 million broadband subscribers and more than nine million TV customers, according to its most recent financial results. Last year, the company acquired Spanish cable company Ono for €7.2bn, and is in the process of extending its fibre footprint by 3.9 million premises in Europe.

The company said it's putting an increased emphasis on the fixed side of its business, rolling out bundled packages - such as broadband, TV, and mobile - across all its major European markets. It has also seen growing interest from enterprises in taking converged services.

Liberty Global is best known for its cable services, available across 12 European countries, as well as Chile and Puerto Rico. The company has been acquisitive in recent years: it bought UK ISP Virgin Media for $23.3bn in 2013, Dutch cable operator Ziggo for €10bn last year, and the Belgian mobile network Base for €1.3bn earlier this year. "Liberty Global's business strategy emphasizes... opportunistic M&A activity", the company's website says.

Vodafone didn't detail which assets the two businesses are considering swapping. According to the Financial Times, analysts believe Liberty Global may look to exchange its German business for Vodafone's UK and Netherlands operations. Equally, Vodafone may wish to acquire Virgin Media and Liberty Global's Dutch businesses, in return for ceding its German unit and paying additional cash. Any such exchange would allow Vodafone and Liberty Global to bolster their triple and quad-play offerings in their respective markets.