Full Bio
Posted in IT Iberia on September 5, 2013 | Topic: Mobility

Vodafone's mobile payments system SmartPass will see its worldwide launch in Spain before the end of the year, the company has announced. 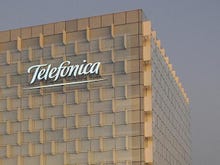 Telefonica teams up with Spanish banks for mobile wallet push Spain's biggest telco has joined forces with CaixaBank and Santander, with development of mobile wallet on the agenda.

SmartPass will be made available to all Vodafone customers with an NFC (near field communication) enabled smartphone. Customers will need to download the SmartPass app, which will include a prepaid Visa account the user can top up when needed. Vodafone customers who do not have an NFC-enabled phone can apply for a card that they can attach to their mobile device to enable contactless payments instead.

SmartPass will initially only be available via Visa, which helped develop the platform, but Vodafone hopes to add more credit and debit card providers soon, under the name Vodafone Wallet. The company also hopes to incorporate discount coupons and loyalty programs during 2014, it said.

At launch Vodafone SmartPass will be accepted at 250,000 stores across Spain where the Visa payWave technology is already in place. It is also accepted at more than one million locations across Europe, according to Visa.

As well as using SmartPass for payments, Vodafone said it can also be used for direct cash transfers between two people.

Iñaki Cabrera, Director of mCommerce at Vodafone Spain, said the ultimate goal is to get customers to move to having only mobile wallets. "In the long term, our goal is that customers do not have to use a physical wallet," he said in a statement.

Vodafone said Spain will be the first country to use SmartPass and that a wider rollout will follow. No further details of where or when have been revealed.

As with the launch of 4G services in Spain , it seems that when one vendor makes a move, its competitors follow very quickly. Orange has said it also plans to launch NFC payments in 2013. Two pilot projects, one with Banco Santander and another with Malaga's transport authority, were considered a success, with Spain representing Orange's fourth European territory to use its contactless payment technology (PDF).

In May this year, Telefonica, Spain's biggest mobile provider, announced it was teaming up with Santander and CaixaBank to develop mobile wallet technologies , as part of a bigger push to develop a variety of digital services.

Join Discussion for: Vodafone to launch mobile wallet in Spain...