German auto-maker Volkswagen is a little late joining Apple's CarPlay and the Android Auto bandwagon, but the company has announced it will deliver new vehicles with support for both systems this year.

The car manufacturer is demoing a full fleet of its vehicles at this year's CES show in Las Vegas and has used the event to announce its forthcoming adoption of both CarPlay and Android Auto.

Support for the two platforms will come with its second generation "modular infotainment platform," dubbed MIB II. In the US, the new infotainment system will come with MirrorLink for the first time, and with that it will also be introducing CarPlay and Android Auto. According to Volkswagen, it will launch Car Play and Android Auto at the same time in Europe, but won't bring MirrorLink to the continent. 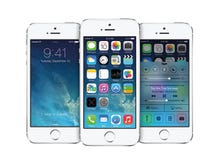 Apple takes Siri for a spin with launch of CarPlay, hands-free software for drivers Apple has chosen the Geneva Motor Show to launch CarPlay, an in-car system for iOS users.

Volkswagen is one of the larger brands yet to have opted for a smartphone-enhanced infotainment system. Despite its newfound commitment, it's still missing from Apple's CarPlay page of supported manufacturers, but does appear on the Android Auto equivalent.

Early movers on the CarPlay front include Ferrari, Mercedes, and Volvo - though Volvo and Mercedes delayed their rollout to this year. Fellow German manufacturer Audi has promised models with CarPlay will arrive later this year.

For iPhone owners who are not in the market for a new vehicle, Pioneer last year released its lineup of in-dash systems for the US and European markets which support CarPlay.

Volkswagen is also showing off its Gold R Touch concept this week, where the infotainment unit uses cameras to detect gestures and assigns meaning to them, with the aim of allowing users to control displays without actually having to touch the screen. The idea behind the technology is to reduce driver distractions.

While it's taken some time for vehicle makers to begin rolling out CarPlay, Apple's list of CarPlay markets is still relatively small, currently including Australia, Canada, France, Germany, Hong Kong, Italy, Japan, Mexico, South Korea and Spain, Switzerland, the UK, and US.