The Western Australia Police Force will begin rolling out personal mobile tablets to officers.
Written by Asha Barbaschow, Journalist on May 9, 2019 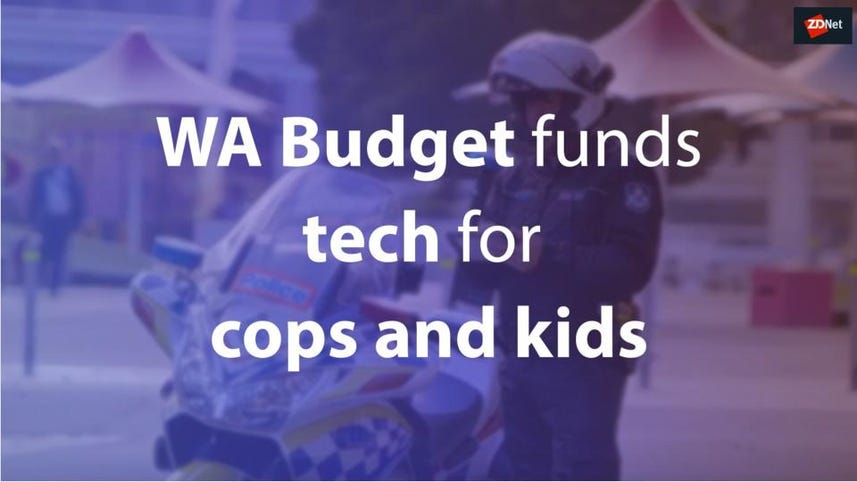 The government of Western Australia on Thursday released its 2019-20 Budget, with the state's police force and school students receiving just shy of AU$38 million for technology-related initiatives.

For a cost of AU$34.6 million, the Western Australia Police Force will roll out personal mobile tablets, which the government has touted will free up officers for more time on the beat.

"This Budget delivers on our commitments to community safety and provides our police with funding for the latest technology and a safer working environment," Police and Road Safety Minister Michelle Roberts said. "Our significant funding in frontline policing operations ensures our police force is well resourced and equipped to respond to crime challenges."

The police force this year is already rolling out body-worn cameras to officers as a way to improve evidence capture and offer greater safety.

A WA Police spokesperson said previously that they will be seeking technology that can automatically activate the cameras when officers are about to use a weapon and back-capture at least 30 seconds of footage.

Where education is concerned, the state will offer up AU$3 million towards science labs for 51 primary schools across the state.

It forms part of the government's election commitment to boost science in schools to prepare students for future jobs in science, technology, engineering, and mathematics (STEM)-related roles.

It follows the AU$3.4 million over four years allocated under the 2018-19 state Budget to develop the state's STEM skills as a means to "support the new economy" and "create the jobs of the future".

The funding is provided under a State STEM Strategy, developed by a cross-sector panel under the leadership of the Western Australia chief scientist.

Also on the agenda for the WA government is a new "one-stop shop" for state service delivery.

ServiceWA will be handed AU$6.9 million to trial the program in Bunbury in the state's south.

According to Premier Mark McGowan, ServiceWA will provide the community with a single point of contact for 85 everyday services at both the Bunbury pilot site and via an online portal.

The new initiative will bring together services currently delivered across five agencies, including the departments of Transport, Justice, Communities, Primary Industries, and Regional Development; and the Western Australia Police Force.

In a bid to help taxi drivers that are operating alongside the likes of Uber, the state also announced further "transition assistance" for those operating country taxis.

Country taxi operators are already exempt from paying the on-demand passenger transport levy, and have been provided access to grants of AU$500 per current licence as a contribution towards the purchase and installation of in-car security cameras, Transport Minister Rita Saffioti said.

Meanwhile in the Northern Territory, the Department of Corporate and Information Services, the Territory's digital arm, was given funding under the 2019-20 NT Budget also delivered this week.

"The Department of Corporate and Information Services supports government agencies by providing shared services, solutions, and advice across a wide range of information and communications technology (ICT) and corporate responsibilities," the Budget papers state.

Just shy of AU$36 million has been allocated to the Department for Information and Communications Technology Shared Services; and the department has also been handed nearly AU$26 million for digital government, which also includes funding for "enterprise projects".

Existing projects underway by the department will continue to receive funding as well, such as the policing management system, handled by the department on behalf of Police, Fire, and Emergency Services, seeing AU$26 million available; the Remote Telecommunications Co-investment Program that it has partnered with Telstra on received AU$4 million this year; the state's Open Data Policy has been allocated AU$670,000; and under the banner of strengthening cybersecurity, the department will have AU$500,000 at its disposal.

Opposition party claims government is holding back Australian business by not embracing blockchain.

Just under 100 data and digital government initiatives are currently underway in Australia, a report from the Australian Digital Council has revealed.

Australian Budget 2019: Everything you need to know

Where Canberra is spending taxpayer's money on technology.