The move took place after an initial nine to 12 month planning phase.
Written by Campbell Kwan on March 26, 2019 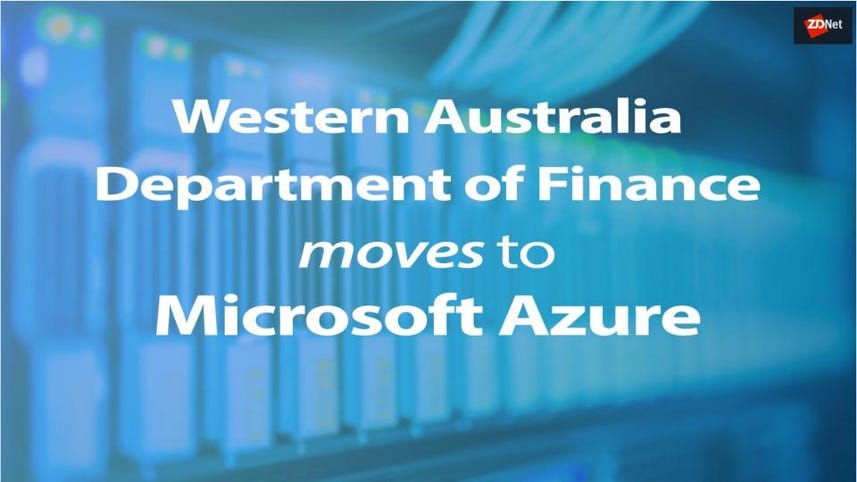 Western Australia's Department of Finance has moved a number of its systems to the cloud following its transition to Microsoft Azure.

The department enlisted Microsoft in 2017 to make the transition to cloud computing as part of the whole-of-government GovNext-ICT initiative, which aims to shift the state government towards new network, cloud, security technologies in order to streamline operations and provide better customer services.

According to Microsoft, workloads from around 850 on-premise servers were moved to 330 virtual servers on Azure, with the move taking place after an initial nine to 12 month planning phase.

The department, as a result, no longer owns any server infrastructure as all of its workloads are now in the cloud, which was one of the GovNext-ICT initiative's objectives.

"We actually removed some of those mundane, non-value-add activities and automated them in the background, which freed up staff to problem solve issues at the start of the project, and now offere [sic] time for design thinking or focusing on improved outcomes, creating better customer experiences," Wood added.

As part of the GovNext-ICT initiative, the WA Department of Health earlier this month also commenced its transition to cloud, although it has adopted a hybrid cloud model. For a cost of AU$124 million over five years, Atos -- with the assistance of the WA health system's IT service provider Health Support Services -- will move the Department of Health's current legacy infrastructure to its cloud platforms.

Atos is one of three tech providers the WA government partnered up with in 2017, alongside NEC and Datacom, to provide IT infrastructure to service the entire government over the next five years under the GovNext-ICT initiative.

Cloud Storage
How to get Microsoft Office for free