Well you didn't think Walmart was going to partner with Amazon Web Services did you?
Written by Larry Dignan, Contributor on July 17, 2018 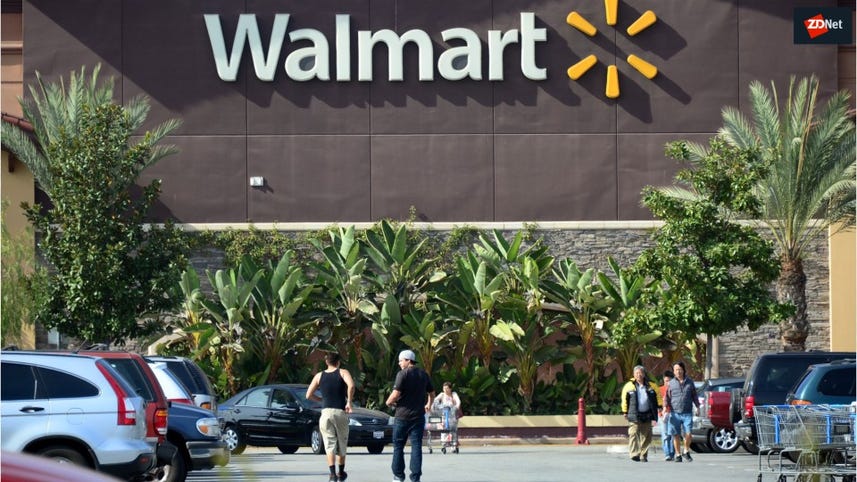 Walmart is betting on Microsoft Azure as its preferred cloud provider with plans to use the software giant's Internet of things and artificial intelligence tools.

Walmart is also a partner with Google in some areas such as smart home e-commerce. Hell would freeze over before Walmart used Amazon Web Services.

Under the partnership, Walmart will use Azure across its infrastructure. Walmart CEO Doug McMillon said Microsoft will help the retailer optimize pricing and use machine learning. Microsoft 365 is also included in the deal.

What is Microsoft 365? Microsoft's most important subscription bundle, explained

Walmart is already a Microsoft customer on many fronts, but this partnership revolves around machine learning, AI and data management. These technologies will be used for internal and external applications. For Microsoft, the Walmart deal is another big deal. Microsoft and GE also outlined an IoT partnership.

On the IoT front, Walmart will use Azure's tools for everything from energy consumption to the supply chain.

And finally, Walmart said it will roll out Microsoft 365 in phases to boost collaboration.