UPDATED: In the first hours of Prime Day 2018, Amazon's website was going to the dogs. But it wasn't just Amazon's main sale site. The Amazon Web Services cloud was also having fits.
Written by Steven Vaughan-Nichols, Senior Contributing Editor on July 16, 2018 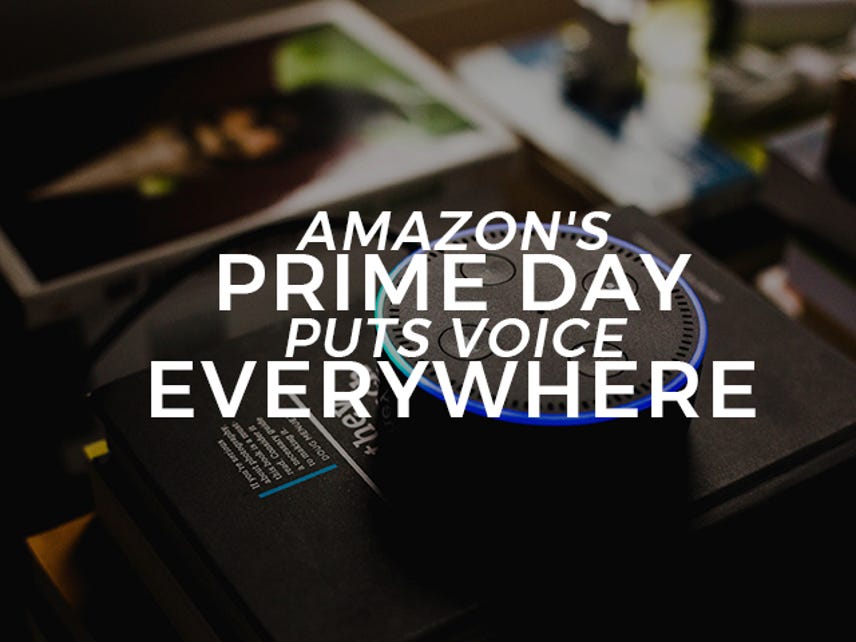 Over 20 years ago, Amazon started its march toward becoming the top retailer, on or offline, in the world. Ten years ago, Amazon Web Services began its journey to becoming the No. 1 public cloud provider anywhere. Today, July 16, 2018, Amazon is blowing years of work and billions in value, as both its sales site and cloud collapse under the weight of Prime Day 2018.

Overwhelmed by millions of eager shoppers, Amazon and its vaunted services are having perhaps their worst day ever. Instead of great buys, customers are running into errors featuring cute, but not for sale, dogs.

Amazon hasn't said why this is happening. One snarky user suggested that "Amazon.com must not be following the Well-Architected Framework Guide." This is Amazon's own textbook on how to build cloud applications.

Amazon has been running on AWS since 2011. As then-Amazon engineering lead Jon Jenkins explained, "We started thinking in 2009 about how to use it [AWS] for Amazon.com. ...On November 10, 2010 is the day we turned off the last physical web server serving Amazon.com."

Alas, even with years more experience, AWS didn't prove up to the challenge. Amazon still has to fix up its own dog food.

My own informed guess, based on what I've been seeing, is Amazon front-end caching and AWS Elastic Load Balancing (ELB) have proven not up to the job with dealing with millions of simultaneous shoppers.

Officially, an Amazon spokesperson said on July 17, "AWS continues to function normally. We saw some intermittent AWS Management Console issues earlier today, but they did not drive any meaningful impact on Amazon's Consumer Business."

You can mitigate Amazon's problems by using the alternative Amazon Smile web interface. This site is for users who want to donate part of their sales to a charity of their choice. In addition, if you have a direct link to a product, such as those listed below, that should work as well.

An Amazon spokesperson told ZDNet, "Some customers are having difficulty shopping, and we're working to resolve this issue quickly. Many are shopping successfully -- in the first hour of Prime Day in the US, customers have ordered more items compared to the first hour last year. There are hundreds of thousands of deals to come and more than 34 hours to shop Prime Day."

That's nice, but the vast majority of users I know and surveyed have been getting to know Amazon's dogs really well.

Meanwhile, over on AWS, when I tried to get to my AWS Management Console, guess what I found? Go ahead, guess. Yes, that's right: That same Amazon puppy error page. Oh, come on, Amazon!

Since then, Amazon has updated the message. It now states, "We have identified the root cause for the intermittent errors accessing the AWS Management Console when using root account login credentials. We are beginning to see recovery, and continue to work toward full resolution."

Eventually, Amazon will get everything running. That's not the real issue. The real deal is that Prime Day is one of Amazon's biggest events of the year and Amazon blew it.

As my colleague Jason Perlow sarcastically put it, "If only Amazon had a tremendous amount of elastically scalable data centers with georedundancy. If only."

This won't be enough to make Amazon or AWS's loyal customers go elsewhere for their goods or cloud services. But it does underline in red ink that even Amazon can make tremendous technology mistakes.

Good luck, folks. If you want to shop this sale, you're going to need it. In the meantime, here are some direct links to sales, which ZDNet has found to be working.

The best Apple Labor Day deals: Knock $300 off your next MacBook

The best Apple Labor Day deals: Knock $300 off your next MacBook