GE Digital will also leverage the Azure cloud platform to drive innovation for Predix-based IT workloads and productivity tools.
Written by Natalie Gagliordi on July 16, 2018 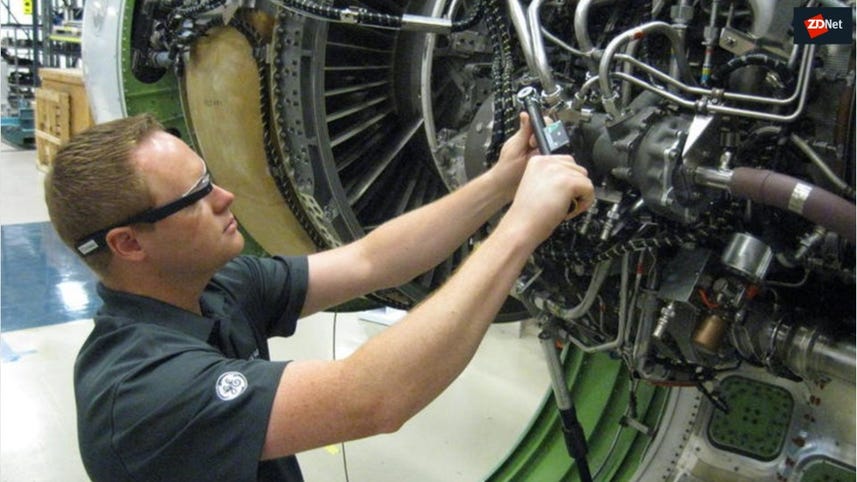 Video: GE's use of Google Glass on the factory floor gives boost to AR market

General Electric said on Monday that it will standardize its Predix platform on Microsoft Azure and integrate the Predix portfolio with Azure's native cloud capabilities, including Azure IoT and Azure Data and Analytics.

Read also: Why 2017 was the year private cloud died - TechRepublic

GE Digital will also leverage the Azure cloud platform to run Predix-based IT workloads and productivity tools in an effort to bolster efficiencies across the company.

Predix, which launched in 2015, is GE's Industrial Internet of Things platform. It was built for managing, analyzing and storing machine sensor data and is aimed primarily at globally regulated industries, including aviation, healthcare, transportation, and oil and gas utility providers.

GE has been undergoing a major shift in its digital strategy. The company initially planned on building its own data centers to host the GE Predix Cloud but abandoned those plans about a year ago. GE said previously that it would run core applications on Amazon Web Services in addition to its plans with Microsoft Azure.

"Our customers are asking for us to make a deeper connection between our two companies," said Bill Ruh, Chief Digital Officer of GE and CEO of GE Digital."Through this expanded partnership, Microsoft and GE are enabling customers around the world to harness the power of the Predix portfolio, including Predix Asset Performance Management, to unlock new capabilities to drive growth."

The aim is to bring analytics from GE's Predix industrial IoT platform to Apple's iPads and iPhones.

GE to roll out its Predix Asset Performance Management software at its monitoring, diagnostic center

By rolling out APM to its monitoring and diagnostic center, it will be able to tap into utility sensor data around the world for more predictive abilities.

A new layer in GE's Predix platform will focus on utility optimization and connecting data from the Internet of Things and operations to traders.