Since the start of this year, the pan-European group Project BISON has been working on a software package for real-time speech analytics across a number of languages.

Led by Czech-based Phonexia, the project is now developing a big data tool capable of analysing speech for contact centers in real time.

The software works by analysing the content of customers' speech - the words and phrases they use, and the questions they ask - as well as the context of the call and their intonation. It then analyses the speech and brings up information related to the customer's query so the agent can help resolve it. For instance, a question about a particular piece of hardware could bring up a set of FAQs about the kit, or details of the last call the customer made to the company concerning the equipment. 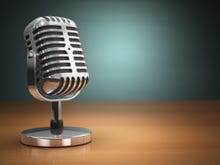 Speech recognition, the unreachable frontier Voice input has been a pipe dream since Star Trek, with crew members talking into the air and the computer understanding every spoken word. We aren't much closer to that scenario now than we were a decade ago.

Using data pulled from, say, a CRM system, the Project BISON software can give the call center agent "clues on what he or she should say next, and how to help them further," project lead Milan Schwarz of Phonexia says. "The contact center agent is fed back the information during the call at the right time."

There are two key differences with other speech recognition solutions that make BISON stand out, Schwarz says: the real time component, and the fact they try to incorporate as many European languages as they can. "We are now in the phase of starting work on the technology for additional languages, such as French and Luxembourgish. By the end of the year, we want a light version which supports nine languages, or 'Little BISON', running at Ebos' contact center.

"'Big BISON', the full version, is planned at the end of the [current] budget period, which expires in three years. So at the end of 2017 we should have it fully integrated at one contact center and [be able to] support the rest of the European languages."

BISON has been in development since the start of this year and has raised €3m in EU subsidies, which account for three-quarters of its budget. The combination of BISON's multilingual abilities plus the universities' involvement has helped BISON land the EU cash, aided by the fact that call centers are a huge employer in some countries.

As well as Phonexia, a number of other organisations are involved in Project BISON including two universities, two units of Spanish telco Telefonica, Belgian IT telephony developer MyForce, and call center companies ComCzech and Ebos Luxembourg.

The University of Technology in Brno, the Czech city that Phonexia's founders all hail from, conducts research into speech analytics for the software, while the University of Bologna is looking into the legal issues involved in analysing phone conversations. And there's no shortage of issues to be examined, given the strict privacy laws in place in some countries. "For example, in Luxembourg, there is a law that states that you're not allowed to analyse all your calls as a company, only a certain percentage of them," Schwarz said.

The main technical problem that Project BISON needs to solve is how to achieve on-the-fly voice analysis without having to invest in top-heavy datacenter gear. Schwarz wouldn't go into detail about how that's achieved, but does say virtualisation and open standards play a large part. "The different partners are able to distribute BISON with their own solutions because of that," he says.

Read more on this

Join Discussion for: Watch your mouth: The call center software...