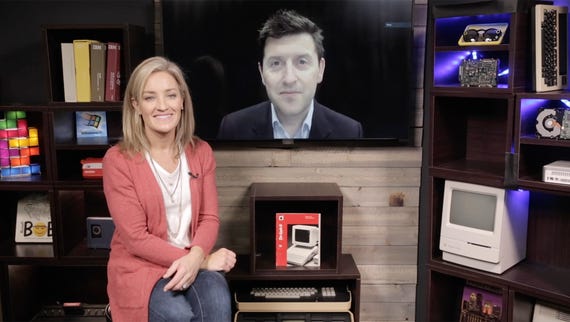 When the world wide web turned 30, its founder, Sir Tim Berners-Lee, aired his concerns over the web's uglier side including fake news, privacy incursions, and online tracking, largely due to the web's ad-funded model.

Today, on the web's 31st anniversary, he has highlighted how unfairly girls and women are still treated on the web and what needs to be done to redress the situation.

Berners-Lee pointed to research from the World Association of Girl Guides and Girl Scouts that found over half of young women have experienced some form of violence online, including sexual harassment, threatening messages, or being shamed by sensitive images being shared without their consent.

He also highlighted an analysis by his Web Foundation that found that men are 21% more likely to be online than women and 52% more likely in the least-developed countries, meaning there are lower opportunities for women to benefit from online education, services, and to contribute to public debate.

"Despite the growing crisis of gender inequality online, action by governments and companies has been too slow and too small," wrote Berners-Lee today.

Acts of aggression against women online silences them and deprives the world of their opinions and ideas, he noted, pointing to female journalists and politicians who've disengaged from the web over harassment, and girls who've skipped school due to online bullying.

Amazon's now defunct AI-based recruitment tool is also held up as an example of how bias is perpetuated in technology. The system penalized resumes that included the word "women's", according to Reuters, because it was based on historical data where men filled those roles.

Berners-Lee argued that the crisis over coronavirus shows why it's so important for women and girls to have access to the web.

"A world where so many women and girls are deprived of these basics is completely unacceptable. When we need it more than ever, the web has to work for everyone," he argued.

Berners-Lee launched the Contract for the Web on its 30th birthday in 2018, which has since been backed by Amazon, Google, Microsoft, Twitter, Facebook, and over 1,000 other organizations and governments.

It demands that governments keep the internet available and respect users' privacy, while asking companies to respect consumers' privacy and personal data.

But he fears the contract's goals can't be achieved "unless we address a dangerous trend we are hearing more and more about from our partners globally and working on the frontline: the web is not working for women and girls".

He's particularly concerned about women and girls of color and those from the LGBTQ+ communities and other marginalized groups.

He outlined five key proposals for the year ahead to address gender inequality on the web. The first proposal is that governments and companies must tackle online harms against women as a top priority.

Companies and governments must also systematically record and publish data on what women experience online. All online products, polices and services must be informed by feedback from women of all backgrounds.

He also proposes that new laws should hold perpetrators of online gender-based violence to account and law enforcement should have the resources to respond and prosecute when those laws are violated. Finally, he calls on everyone to speak up when women and girls are threatened online.

Join Discussion for: Web creator Berners-Lee: Here's why the web...