The bank spent over AU$2 billion on technology as it continued its digital transformation push.
Written by Chris Duckett, Contributor on Nov. 4, 2018 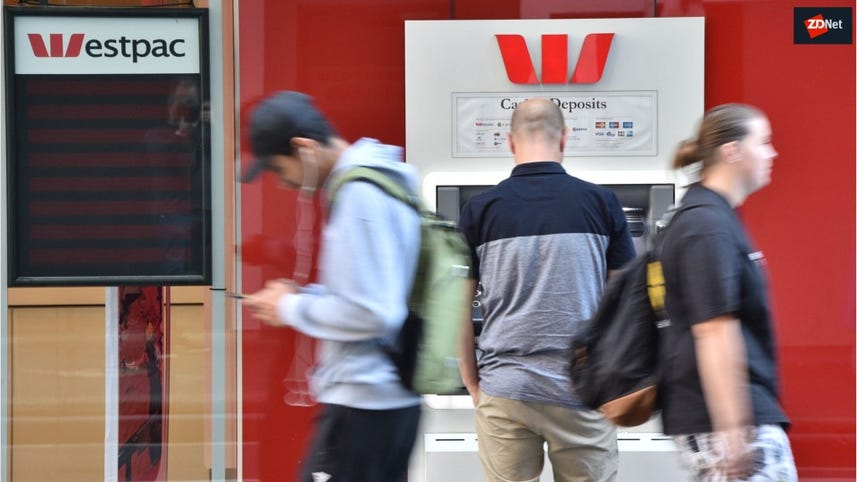 Westpac Group has announced a full-year net profit of AU$8.1 billion, up 1 percent from last year's results, on revenue of AU$22 billion, an increase of 2 percent.

On the technology front, the bank announced that it had increased its spend by 5 percent to AU$2.1 billion due to an AU$82 million jump in technology services use and a AU$29 million increase in software maintenance and licensing costs following upgrades, offset by lower depreciation due to datacentres becoming fully depreciated.

The bank's big ticket tech release next year will be the rollout of its "centrepiece" customer service hub, beginning with its mortgages arm. Westpac also said it had migrated 100 applications and 120 APIs onto its dual-site offsite cloud.

In June, the bank announced that it would be using an IBM offsite hybrid cloud.

"Out of a total investment spend of AU$1.4 billion, we invested more than AU$800 million in system upgrades, digital transformation, and innovation to support our ambition to be one of the world's great service companies," Westpac Group CEO Brian Hartzer said. "Our focus has been on delivering our technology platforms while simplifying and automating processes to make banking easier for customers.

"These capabilities support our Customer Service Hub, which is progressing to schedule. While delivering these major projects, we have also significantly improved system reliability and response times, helping our people to provide better service to customers."

Westpac now has 48 percent of its customers in electronic statements, and has experienced a 10 percent increase in digital transactions. Across Australia and New Zealand, the bank sees 4.3 million logins to its mobile apps daily, and 1.8 million daily digital transactions in Australia.

During the year, Westpac increased the funding for its fintech venture capital fund Reinventure by AU$50 million to AU$150 million.

By the end of January 2019, Westpac chief information officer Dave Curran will retire and be replaced by Craig Bright.

Speaking in May, Curran said the next battleground for banks is resourcing, not technology.

"The concept of IT in the business suggests an ongoing tennis match, new methodologies, new approaches ... the concept that an IT person doesn't understand the business they work in is why that has to end really quickly.

"And similarly, the concept that someone can work in a business and not fundamentally understand the IT that supports their business, again I think is something that won't last as well."

Last month, the bank was involved in a AU$2 million funding round for Sydney-based fintech startup Slyp, and released a range of wearable payments accessories.

The bank implemented the system 18 months ago to centralise the way issues were recorded and handled.

The bank has made payment-enabled keychains, silicon tags, and some pins available, but there's still no sign of Apple Pay.

Westpac has announced that its chief information officer will retire from his position at the end of January 2019, to be replaced by Citi's Craig Bright.

Hosted across two of IBM's Australian datacentres, the bank's new hybrid cloud is expected to speed up service delivery.

In addition to NAB Ventures' equity investment, the bank plans on integrating Slyp's technology into its own banking services.