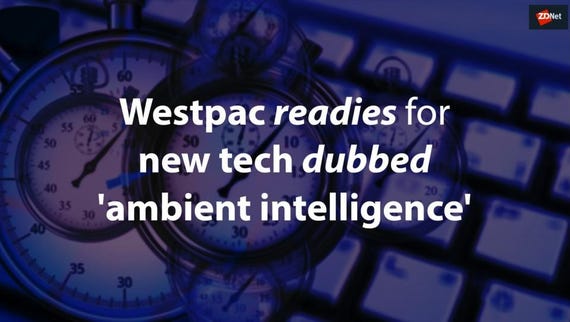 Westpac has announced Brian Hartzer will be stepping down as the bank's chief executive officer, following issues raised by the Australian Transaction Reports and Analysis Centre (Austrac) last week.

The anti-money laundering and terrorism financing regulator applied to the Federal Court of Australia alleging Westpac was involved in "systemic non-compliance" with the Anti-Money Laundering and Counter-Terrorism Financing Act 2006 (AML/CTF Act) on over 23 million occasions.

Specifically, Austrac said the bank had consistently failed to assess and monitor ongoing money laundering and terrorism financing risks; report over 19.5 million International Funds Transfer Instructions (IFTIs) to Austrac over nearly five years for transfers both into and out of Australia; pass on information about the source of funds to other banks in the transfer chain; keep records relating to the origin of some of these international funds transfers; and carry out appropriate customer due diligence on transactions in the Philippines and South East Asia that were related to potential child exploitation risks.

"As CEO I accept that I am ultimately accountable for everything that happens at the bank. And it is clear that we have fallen well short of what the community expects of us, and we expect of ourselves," Hartzer said of his departure.

Westpac Group chairman Lindsay Maxsted told shareholders on Tuesday morning that the board made an appropriate decision.

"The board accepts the gravity of the issues raised by Austrac," he said.

"As was appropriate, we sought feedback from all our stakeholders including shareholders and having done so it became clear that board and management changes were in the best interest of the bank."

Filling Hartzer's now-vacated role from December 2 is the bank's current CFO Peter King, who will act as CEO until a global search for the chief's spot is completed.

"The board has asked Peter to focus on two immediate priorities: To implement the Westpac Response Plan and to continue to execute the group's broader strategy," Maxsted said.

"We are determined to urgently fix these issues and lift our standards to ensure our anti-money laundering and other financial crime prevention processes are industry leading.

"We are currently working through our response to the Statement of Claim and will shortly commence the independent review. The board will continue to provide updates on these issues."

Maxsted will also bring forward his retirement as chairman to the first half of 2020.

As part of its response plan, the bank has shuttered its LitePay international funds transfer system, which is a technology that facilitated low-value international payments.

Launched in 2016, LitePay allowed for payments up to AU$3,000 to be made internationally with a fixed fee of AU$5 per transfer.

Westpac said the product was introduced for a range of reasons including to enable customers to send money to family members living outside Australia.

Austrac in December 2016 however issued Westpac's financial crime team with industry guidance regarding key indicators for the purchase of child exploitation material involving international funds transfers to the Philippines and South East Asia.

"Westpac acknowledges it should have implemented more robust transaction monitoring earlier than it did. This would have generated more suspicious matter reports to Austrac," the bank said.

A report from the Australian Securities and Investments Commission (ASIC) last year revealed how there is an unacceptable delay in financial institutions reporting a "significant" breach.

It found that Westpac, in addition to the Commonwealth Bank of Australia (CBA), the National Australia Bank (NAB), and ANZ bank took an average of 150 days to investigate and lodge a breach report to ASIC.

Under the law, all financial institutions are required to have a process that effectively identify breaches and then reports significant breaches to ASIC within 10 business days of becoming aware of them. Failure to do so is a criminal offence.

In 2017, CBA had found itself in similar hot waters after Austrac claimed that the bank was involved in "serious and systemic non-compliance" with the AML/CTF Act.

CBA last year entered into an agreement with Austrac to end civil proceedings, admitting to 53,750 breaches of the AML/CTF Act.