What is missing from the history of the world?

BBC offers 10 overlooked moments in world history. Throw your opinion in the mix.
Written by Sonya James, Contributor on Sept. 25, 2012

How do you decide what to include and what to leave out in a history of the world?

BBC has been taking on the challenge in unique ways - both on television and across the airwaves. This time, they asked readers to help out.

Here are their published 10 'often overlooked moments in world history'.

The work of Fritz Haber and Carl Bosch in 1909 undoubtedly changed the world forever, in both tragic and regenerative ways.

The Haber-Bosch process, a way of producing massive amounts of fertiliser by artificially synthesising ammonia from nitrogen and hydrogen, increased crop yields. With an exploding world population, this was one of the most important scientific discoveries. Ever.

Listen to this incredible Radiolab radio story about the life and work of Fritz Haber. 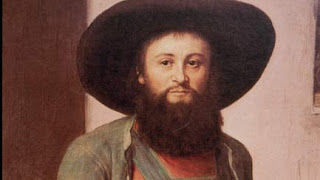 I can't say I understand why Hofer is on this list, but the story goes:

In 1809 Andreas Hofer led a rural rebel army to fight against Napoleon's troops to try and claim back Tyrol, a region of Austria that had been given to the German state of Bavaria.

An innkeeper in the countryside, his army was made up mostly of peasant workers and farmers. They only had improvised weapons and primitive military tactics.

For a short period in 1809 he ruled the land, announced new laws and made his own coins. But his success was short lived, and less than a year later, in exile, he was betrayed and executed.

3. Alhazen and his work on optics

Ibn al-Haytham, born in about 965 in what is now Iraq, proved we see because light enters our eyes, not because our eyes emit rays of light.

Al-Haytham is regarded by many as the real father of the scientific method, a man working at the height of the arabic scientific golden age.

The Danube script is controversially claimed to be the earliest known form of writing in the world - although archeologists disagree on the subject.

This financial accounting system is recognized by some historians as marking a shift in culture - from earning a living to maximizing one's capitol.

The system recognizes that all transactions have two elements, a credit and a debit. It is simple enough, although when you observe the current world in recession it appears bankers may have forgotten how the system actually works.

All the great powers of Europe participated, with France, Austria, Russia and Sweden on one side, and Britain, Prussia and Hanover on the other.

7. The Kingdom of Axum

James Burns, author of A History of Sub-Saharan Africa, argues there are many reasons for including Axum in any world history.

"Its economy was based on the cultivation of crops grown exclusively in the Ethiopian highlands, supplemented with cereals and technologies imported from Asia. It was one of Rome's great trading partners, and they rose and fell in close parallel," he says.

8. The law code of Hammurabi

BBC writes: A basalt stele (slab) protrudes into Paris' Louvre like a thumb. On it is the earliest truly extensive documented set of laws of the ancient world, written in Akkadian.

One of the many now common principles laid out on the slab is "an eye for an eye".

9. Rise of the Khmer empire and creation of Angkor Wat

Angkor is "one of the first and certainly the most important classical civilisation of southeast Asia," says Dr Charney, an expert from SOAS. "It set the standards by which kingdoms and societies that came after measured themselves." 10. The life of Simon Boliver

He played a critical role in the decline of the Spanish Empire, which in turn marked a huge shift in global imperial relations. Bolivar's leadership also served as a model for later anti-colonialist movements.

Throw your opinion in the mix. How we define history matters. What do you want to see printed in history textbooks across the United States?