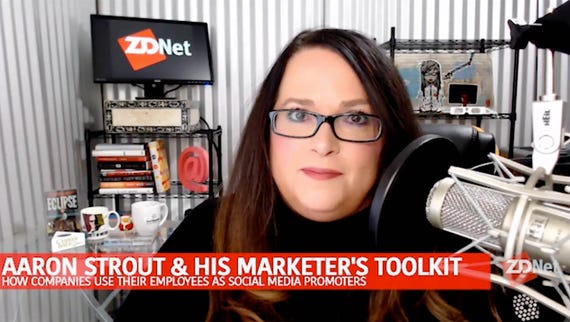 Brands that understand who their everyday influencers are, and what topics drive them, tend to be more successful in engaging the audience about their products -- and it shows.

Special report: The future of Everything as a Service (free PDF) SaaS had a major impact on the way companies consume cloud services. This ebook looks at how the as a service trend is spreading and transforming IT jobs.

The report names the most successful brands who use everyday, or micro-influencers to engage their audience.

These influencers frequently give recommendations and maintain large online and offline, face to face social networks.

Engagement Labs analyzed over 500 US consumer brands throughout 2017.

It selected winners based on the extent to which influencers represented a large proportion of those people who talk about and recommend the brands offline and online.

Its TotalSocial data measures four drivers of brand performance: influence, sentiment, brand sharing, and volume. The brands that were most successful with everyday influencers are those with the highest online and offline influence scores in 2017.

The awards show that Ferrari and Regions Bank earned top distinction as the brands most successful with everyday influencers.

Ferrari earned its place amongst the winning brands as it unveiled a new convertible with a top speed of 199 mph. Offline consumer conversations among influencers, accelerated Ferrari into first place in this category.

CVS was named as the number two brand with the most influencers among the people talking about the brand online.

For the last several years, the brand has focused on health in its marketing, which consumers have embraced. In January, it announced it would stop airbrushing photos used for the beauty brands it sells in its stores.

In third position Puma tapped into consumer conversations with its celebrity brand ambassador program, partnering with celebrities that are current, trendy and already have huge followings.

The release of the Social Intelligence platform means that brands will be able to form their go-to-market influencer strategies based on AI predictions.

Are Instagram influencers cheating advertisers? New tool can identify who to avoid

With fake accounts, likes, and comments flooding Instagram, brands should be more cautious when selecting influencers they plan to work with.

Influencer marketing cuts through noise and drives sales for brands

Across the hyper-competitive retail climate, brands constantly look for ways to drive sales. Influencer marketing could be a key tactic to gain that competitive edge.

What trends will dominate influencer marketing in 2018?

The end of 2017 brings a raft of predictions for 2018, but now that the new year has started, what trends are brands going to use to increase market share?

Join Discussion for: Which brands are most successful with everyday...