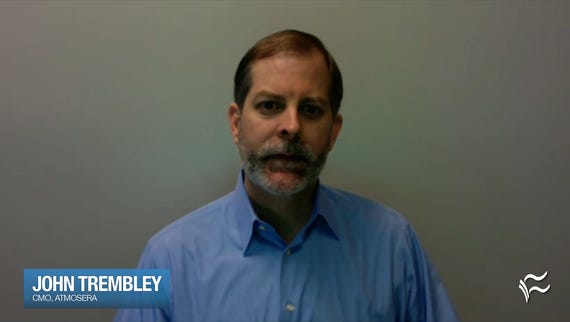 Cool today, forgotten tomorrow. That's certainly the arc that technology seems to take when it comes to products and even professionals, consigning the stars of today to the memory bins of yesteryear. And yet, every now and then something happens to demonstrate that these arcs are not always consistent. Indeed, India's IT landscape has emerged as a total head-scratcher when it comes to figuring out what's hot and what's not when it comes to skills that will help you survive.

There's a gigantic shift taking place in IT services as the old-era practice of housing mainframes on premises with flocks of in-house or outsourced techies maintaining this infrastructure and devising applications to cater to these businesses empires has died almost overnight. Today, the digital world and cloud businesses are taking care of much of that. IT services today have to be more agile, customer facing and be able to not only stitch platforms together but offer 'design think' consulting capabilities using data analytics, machine learning and other new-era skill sets.

Consequently, it's no surprise to hear that India shed nearly 55,000 such jobs this last year, mainly those of IT workers who were unable to re-skill themselves. While the absolute lower rungs in the IT armies may have been culled by robotic process automation, it is the senior project manager hired and promoted for her or his role in being the interface between management and coding teams who were the other significant casualties.

Head of Capgemini Srinivas Kandula in India famously said not so long ago that he believes "that 60-65 per cent of them are just not trainable...Probably, India will witness the largest unemployment in the middle level to senior level." Consequently, Cognizant for instance, jettisoned 200 senior employees at the director level and above this year, with a severance payout of three to four months.

Many of these kinds of casualties are people who have held senior administrative functions but no ongoing hands-on engagement with problem solving. In their forties or fifties, now saddled with unaffordable housing and car loans which were once mere after-thoughts in an industry that seemed to offer lifetime employment, these senior employees are often the first to be culled and there is no more ironic or bleak reality than to read about them seeking counselling or help on chatbots.

Of course, none of this is deeply surprising. Young faces are prized because they are almost automatically digital natives having emerged into adulthood armed with what must seem to middle or senior managers at IT firms an almost preternatural way of arriving at solutions in this new digital world. There is a reason that Tata Consultancy Services recently showered 1,000 new hires fresh out of university with a starting salary that was double of what these grads generally received after passing a test designed specifically to gauge digital competence.

So what if you were told that another subset of sought after skills were those who had proficiency in computer languages seemingly from the medieval age -- namely, Cobol, Fortran, C++, and Sybase to work alongside their cohorts in artficial intelligence and machine learning?

You may be forgiven for thinking that this is some weird, steam-punk inspired story of technology gone awry but the fact is, many large global businesses have arrived willy-nilly into this digital world urgently requiring that their applications devised for desktops need to now be accessed over the mini-computers of today--the smartphone.

"Globally, some of our large clients run on mainframes, and Cobol is not something we would say is a legacy skill. It is a skill we will continue to need," said Chaitanya N Sreenivas, head of human resources at IBM India in The Economic Times.

In fact what is urgently needed according to industry experts is the ability to have skills in both the old world and the new. After all, those Cobol and Fortran-based applications need to be grafted onto those sculpted by HTML5, Google's Android operating system and Apple's iOS. Anyway, there is consensus that learning the new stuff such as machine learning and data analytics is not really possible without a strong foundation in the old stuff. Kamal Karanth, founder of HR consulting firm Xpheno thinks that the blend of old versus new is still very much in favour of old skills with a 70 percent to 30 percent ratio.

"While newer skills can give more colour to a resume, fundamental knowledge of older skills is almost mandatory," he says.

So, while the senior IT manager is almost certainly a continuing casualty of upheaval in the industry, the coder of yesteryear is almost certainly an asset. As long as they are able to 'up skill' to new languages, they should find employment for a decade to come while their managerial counterparts try and figure out how they can re-invent themselves.

OPINION: While both the Congress and the BJP are claiming the judgement to be victories, critics hail it for ultimately reining in the aspirations of what they call a growing surveillance state.

Google has put a lot of time and effort into its new crowdsourcing app, which has thoughtful privacy features and uses India as its launchpad. Yet a graveyard of failed products and formidable competitors in the space means that success will not be easy.

Having squeezed the last drops from the country's English speakers, e-commerce outfits in India now realise that it is Indian language users who will provide the bulk of the boom that is yet to come.

Beleaguered telecom has made content red hot in India

Content providers are making hay while telecom companies are yet to figure out a monetisation model.