Who Dat? New Orleans in Lights

New Orleans, the Big Easy city of Jazz, Mardi Gras, strong cocktails, non-stop partying and anything goes is a delight to see at night during the holiday season.
Written by Jason Perlow, Senior Contributing Writer on Dec. 23, 2009 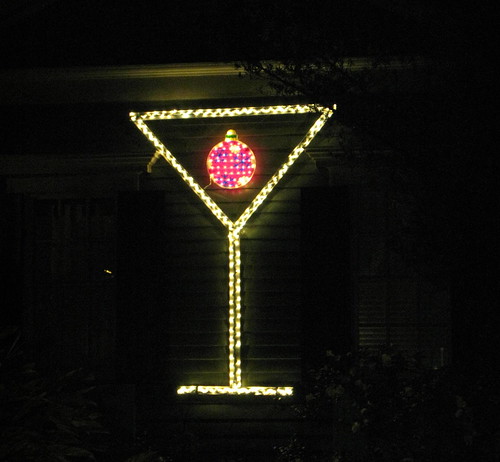 New Orleans, the Big Easy city of Jazz, Mardi Gras, strong cocktails, non-stop partying and anything goes is a delight to see at night during the holiday season.

Last year, we brought you "Policing Holiday Light Violations", a treatise on the do's and don'ts of holiday lights. Many of the photos we showed you were from suburban New Jersey and the New York Metropolitan area. This year, we've decided to take you on a tour of New Orleans,where holiday lights take on an entirely different flavor, especially when they are done over-the-top. 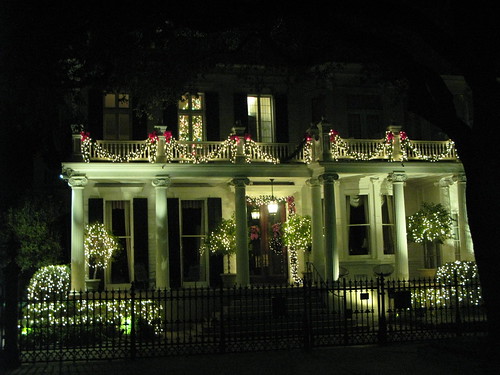 Some of the best Christmas decorations in New Orleans are meant to show off the architecture of historic homes. Many of the best examples are on historic St. Charles Avenue heading into the Garden District. 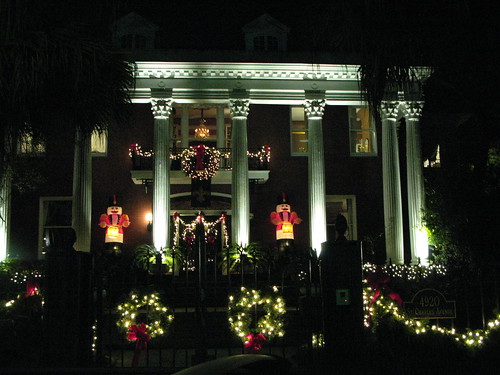 This wonderful home on St. Charles features lighted wreaths and the entrance of the house is flanked by two large Nutcrackers. 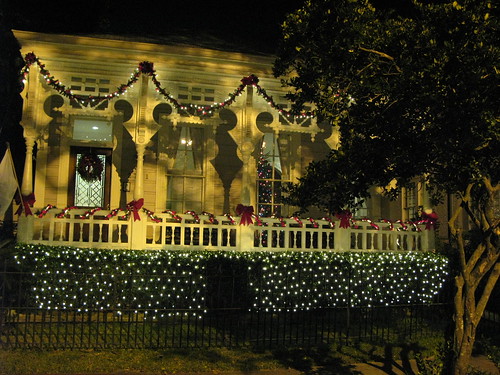 This home in the Garden District, near the famous Commander's Palace restaurant, is simple, elegant and shows off the tree inside really nicely. 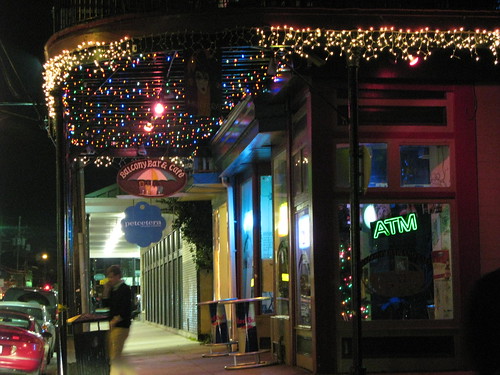 This cafe and bar on Magazine Street did a really nice job with its balcony lights.

The Hotel Le Cirque, located off Lee Circle, has the entire face of the hotel lit up to look like a Christmas Tree. It alternates between two different color phases of Green and Red and looks quite spectacular from the street. 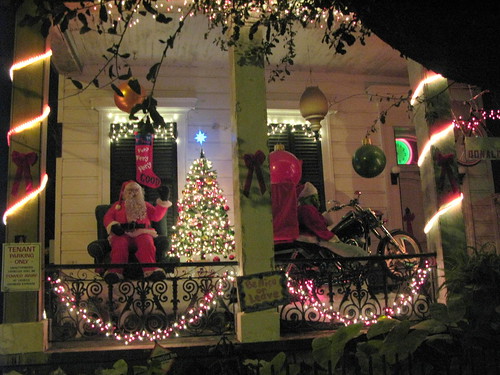 This private home on Magazine Street features an animated waving Santa Claus as well as a full sized Grinch riding a Harley Davidson. 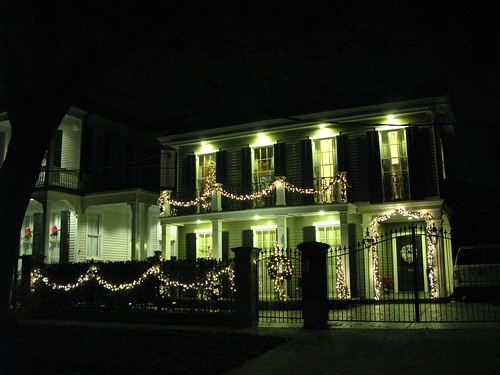 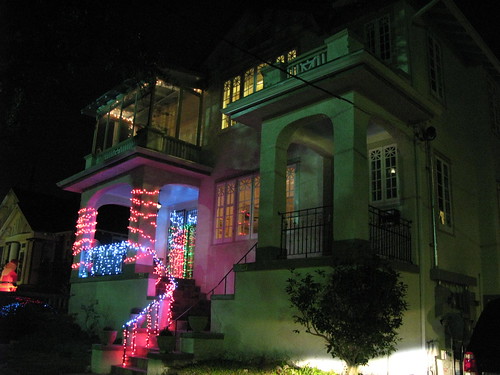 Another house on Magazine, with playful color combinations on the porch. 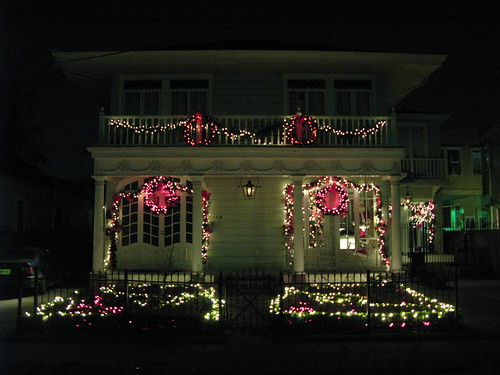 The symmetrical arrangement of lights and decorations on this house are extremely attractive. 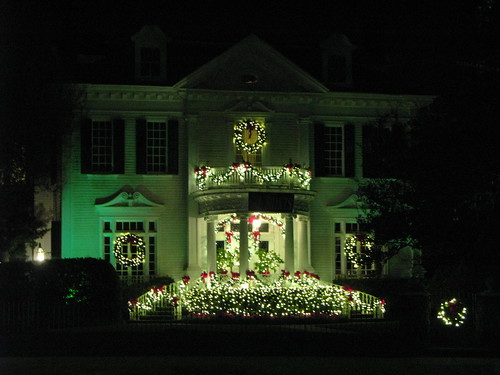 This majestic house on St. Charles did some great work on their lawn and showcasing the architecture. 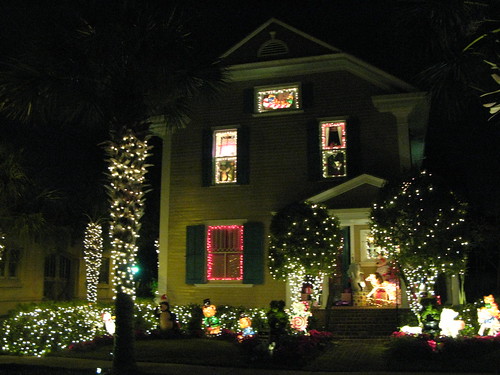 The two most impressive houses I've seen in the city so far, however, are the "Big Bear" house and what I'm tentatively calling the "Flying Pigs" house on Dufossat Street in the Garden District just off of St. Charles. Here's a view of the front of the Big Bear House. 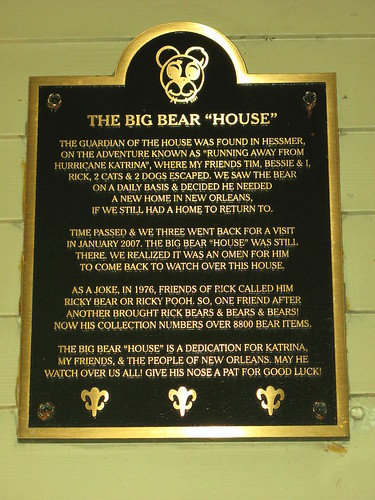 The Big Bear House has a plaque on the side that explains its history. 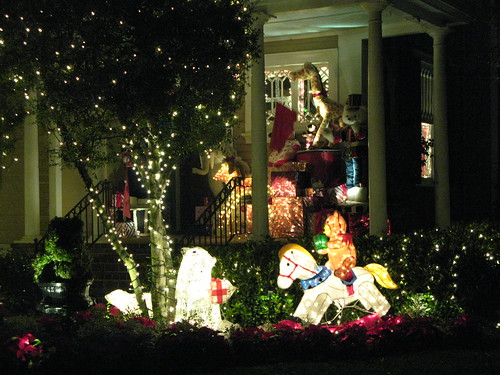 Closer up on the front of the Big Bear house. As you can see the entire house is plastered with all sorts of custom-made decorations in various Bear motifs. 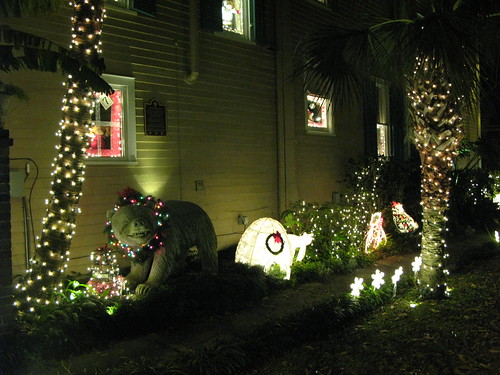 Every side and every window of the Big Bear house is covered wall to wall with animated Bear decorations. Additionally Christmas music is piped out non-stop from every side of the house. 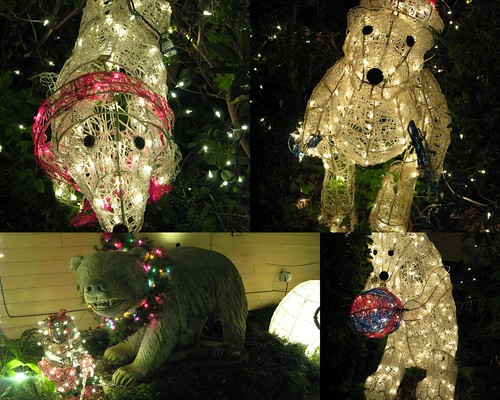 Here's a montage of the various bears in the Big Bear house. The one on the lower left is the permanent year-long fixture, the Big Bear himself. You're supposed to rub his nose for good luck.

And of course a video tour. 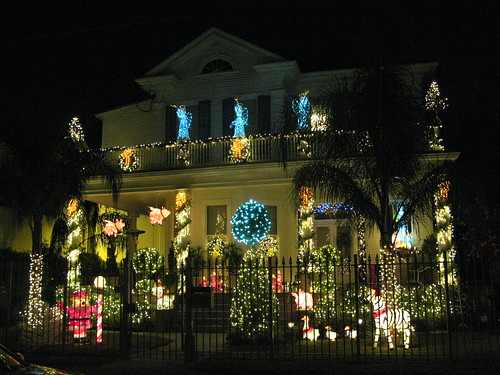 Equally impressive is the "Flying Pigs" house across the street from the Big Bear house on Dufossat Street. 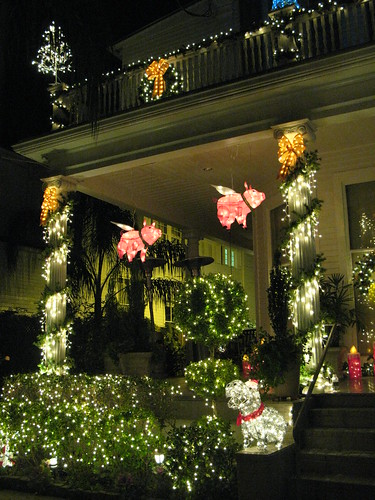 Want to create better TikToks and Reels? You need one of these ring lights