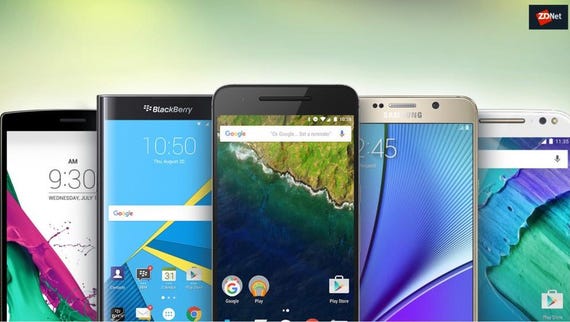 King of Android updates: 96% of all Nokia smartphones are running Pie
Watch Now

Google released Android 9 Pie just over a year ago now, but there's only one brand that has nearly all devices in use today on it and that's Nokia smartphones from HMD Global.

Nokia phones account for a small share of worldwide smartphone sales, but they are in the lead when it comes to updating devices to new versions of Android and receiving security updates.

According to Counterpoint Research, 96% of Nokia smartphones are running Android Pie, followed by Samsung at 89%.

Xiaomi and Huawei are also top performers, respectively with 84% and 82% of devices running Android Pie. The survey is a snapshot of Android version distribution of all devices by brand sold since Q3 2018 – the quarter Google released Android Pie.

That three of the largest smartphone brands have over 80% of devices on Android Pie suggests Google has had some success in addressing Android OS version fragmentation via initiatives like Project Treble.

As for HMD Global, its Nokia smartphones are part of Google's Android One program, and the figures suggest it's lived up to its promise of "pure, secure, and up to date".

But while Nokia, Samsung, Xiaomi, and Huawei have done a good job ensuring devices sold are either running or updated to Android Pie, all other Android brands have less than half of their devices on Android Pie. Among this group are Lenovo, Oppo, Vivo, LG, Alcatel, and Tecno.

The figures reflect not just how vendors approach updating, but also which vendors release new products with the latest version of Android rather than an outdated version.

However, Nokia is also the fastest at updating existing portfolios to the latest version of Android, with 94% of devices moved to Android Pie within 12 months after its release.

It was followed by Xiaomi and Lenovo, which respectively upgraded 60% and 50% of devices. Nokia's high score indicates that it is bucking the usual practice of updating high-end devices first while ignoring lower-cost devices.

Google currently isn't displaying its Android distribution dashboard, which historically has shown each month just how fragmented Android is. The last time it updated the dashboard was in May, which was the first update in six months.

Counterpoint released the report to put a spotlight on Android updates and security patches because handset makers currently do not, which could explain why consumers rank update performance lower than features.

"In our experience researching the industry, we have seen few brands focusing on this. And perhaps because manufacturers are not talking about it, consumer awareness is also low. It doesn't appear among the 10 features consumers say they care about most, in our research."

As a result, top manufacturers aren't putting much effort into providing regular OS and security updates, despite its being a critical element in the continued safe performance of the smartphone, Richardson said.

"Many of the key features including battery life, processor, camera, and memory are linked to the performance of the underlying operating system. We believe it is important to the overall consumer experience and is likely to become more widely recognized as such."

Join Discussion for: Who's best at updating Android phones? Nokia...