Let's get this out of the way first. This article is not about politics. It's about national security. It's germane to this column in an IT publication because it's about cybersecurity.

Before we go into detail about the cybersecurity reasons for a recount, let's discuss what really happens in an American election. As you no doubt know by now, a plurality of individual votes does not elect a president. 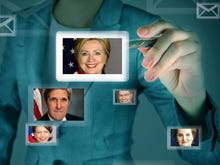 Which secretaries of state violated the Federal Records Act?

Instead, those votes are used to elect electors, who then meet in their individual states on December 19 to cast their votes. Yes, you voted. But the Electoral College hasn't met yet. It's complicated, but it's our system. It takes 270 Electoral College votes to win. Based on individual states' votes, Donald Trump earned the commitment of 290 votes from electors, and Hillary Clinton earned 232.

But there is another important date: December 13. That's the final date when states must officially assign their electors and prepare Certificates of Ascertainment that are distributed to various state Secretaries of State, the president of the Senate, presiding district judges, and the Archivist of the United States.

December 13 is really the date to watch: any recount or other ballot validation must be completed by this date.

It's important to understand that as far as the United States Constitution is concerned, the nationwide popular vote is irrelevant. What is very relevant, however, is the popular vote in each state, because each state's vote determines the vote of the electors who eventually choose the president.

All but two states choose their electors based on who wins more votes in that state. Maine and Nebraska have slightly more arcane mechanisms for choosing their electors, but they're not particularly important for this discussion.

If you watched the election results on November 8, you'll note that the various news networks couldn't call the election for either Mr. Trump or Mrs. Clinton until it was clear that the 270 vote threshold would be crossed. As it turns out, the states that unexpectedly pushed Mr. Trump over the line were Wisconsin, Pennsylvania, and Michigan.

Michigan is interesting because the vote is so close. Most news networks still haven't officially called it for Mr. Trump. In Michigan, the popular vote difference is only 0.2 percent, an 11,612 vote lead. In practical terms, "calling it" doesn't really matter, because even if the vote were flipped in Mrs. Clinton's favor, she would only have 242 electoral votes and Mr. Trump would still win, with 280 votes.

Unless you've been living under a rock for the past few weeks, you'll have noticed that some Democrats are less than happy with the results of the election. Oddly enough, it's not the Dems pushing for a recount, but Green Party candidate Jill Stein.

In a press release, Stein described the desire for a recount as insuring voting integrity. Let's look at some more numbers.

In other words, there's a good chance that had Stein not run, her votes would have gone to Mrs. Clinton. Mrs. Clinton therefore might have won Wisconsin and Michigan.

The fact is, even if Mrs. Clinton took Wisconsin and Michigan, Mr. Trump would have won, with exactly 270 electoral votes.

Math aside, some folks are apparently willing to part with money to fund a recount. And, in Wisconsin at least, the state has agreed to do it. The Clinton campaign has said they're also willing to participate in the recount.

Let's be clear. On the surface, a recount is a statistical improbability. It's incredibly expensive, incredibly laborious, and the odds are nothing major will change.

Based on data from FiveThirtyEight.com and the nonprofit FairVote, only 0.58 percent of all 4687 statewide elections since the turn of the century had recounts. However, of those (a total of 27), three (or 11.11 percent) did result in a change in election results. In other words, a recount stands about a three in five thousand chance of resulting in a reversal.

Those are long odds, but not impossible. On the other hand, it's important to note that median difference in votes across all the recounts was just 219 votes. Even the famous Al Gore/George W. Bush hanging chad case had a disputed vote difference of 1,247 votes.

This year, we're talking about tens of thousands of votes that would need to be recovered in each contest. A change of that magnitude is highly unlikely.

To put it bluntly, the chances of a recount changing the result of this year's presidential election is incredibly small.

If there will be no political change from a recount, and if recounts are very expensive and so much work, why would I be advocating they take place? More to the point, why do I think President-elect Trump should support them?

Generally speaking, we have pretty craptastic voting machines. Voting machines are not something purchased by the federal government and distributed throughout the country. Instead, voting districts and states buy their own, so the methods of voting not only differ from state to state, but from region to region.

A few years ago, I interviewed Dr. Jon Warner of Argonne National Laboratories, who described how incredibly easy it is to hack a voting machine. We've run other stories about possible flaws in voting machine security. Just this summer, the FBI warned that hackers (possibly state sponsored) had broken into two state election databases.

We know how easy it is for bad guys to hack into all of our systems. ZDNet runs a constant stream of reports detailing breaches. The WikiLeaks hack of the Democratic National Committee, and Hillary Clinton campaign manager John Podesta, was front and center during the last few months of the campaign.

Fortunately, the attack was ultimately unsuccessful. Ukraine's election moved forward on track. But the fact that pro-Moscow hackers did infiltrate the election process provided a troubling proof-of-concept.

Why a recount is a good idea

America has long been expert in juking the stats of its elections. Whether it's gerrymandering or voter suppression, both parties have done their best to influence the outcome of votes by bypassing the voters. It's heinous, but when it's done by Americans to Americans, it's at least being done within the family.

Citizens United and our excessive permissiveness for lobbying has allowed those with very deep pockets to have an outsized influence on our elections. By channeling money to various candidates and campaigns, these practices allow those who may not have our nation's best interests at heart to manipulate an election's outcome.

But while gerrymandering, voter suppression, Citizens United, and lobbying are disturbing aspects of our modern political climate, they're still a level above actually hijacking the vote. Those methods aim to influence voters and how they might vote. But they don't actually modify or change the actual vote.

Until now, the actual vote cast by a voter has been sacrosanct.

But what if Russia or China or Iran or North Korea or even Mexico doesn't like a candidate and his or her policies? What if, rather than trying to influence how we Americans choose our leaders, a nation state simply decides to bypass the voters and force their own desired results into our voting systems themselves?

Not good. Very, very not good.

Think, for a minute, what effect that would have on other democracies around the world. If the votes themselves couldn't be trusted, the entire democratic way of life would be destabilized, possibly permanently.

It is therefore critical that we be sure -- really, really sure -- that our election results are accurate.

It's not just our voting machines that could be compromised. Once voting is completed, voting data is transmitted to other computers, where district-by-district data is loaded onto PCs for additional tabulation. Any one of those PCs could have been compromised with malware via a spear-phishing attack.

The bottom line is simple: anywhere we use digital technology in our voting process, the results could be compromised. Therefore, we have to have a proven, practiced way of confirming the accuracy of the vote.

Our voting tabulation process has many checks and balances in it already. As a result, we can be reasonably sure that the election results we've seen in this election are accurate.

But there's a difference between being reasonably sure and proving accuracy. We need to show our citizens and, perhaps even more importantly, our enemies, that we are willing to go the extra mile to be absolutely sure we can prove the accuracy of our voting.

That means we need to be willing to do recounts. Not because one side or another has an ax to grind. No. Because democracies must to be able to prove their voting process works, and demonstrate that tampering will absolutely not be tolerated.

Look at it this way. If we don't show we have the resolve to recount just a few states, we'll embolden our enemies just as surely as if we didn't respond to a terrorist attack.

If we let them know we'll just let whatever happens slide by because we're too lazy or too cheap to double check our work, those who might choose to hack our election results will see a much higher potential of a return on their investment -- and they'll try to hack our elections more actively.

We must draw a line in the sand and demonstrate that our election security is not a matter of politics, but of national purpose.

That's why a recount is important. That's why I encourage the President-elect to not just accept it, but to actively support it -- and to explain to the American people that "America First" means that all shalt not tamper with America's voting results.

We will not tolerate it. We will not accept it. And we will not stand idly by if anyone, at home or abroad, ever tries to usurp our citizens' choice. Doing a recount proves one very important thing: we'll be watching.

Join Discussion for: Why a recount is important, and why Trump...