Bitcoin fans say it's the best thing ever. Bitcoin haters say it's a lot of geeky hype. I've been described as a Bitcoin hater and I guess, for the most part, I agree. But this isn't unchecked hate just for the sake of hating something, I just don't see the point of it, Bitcoin that is, not hate.

If you think about it, traditional dollars, are just as digital and anonymous as any digital currency. On the anonymous front, if I toss a $10 bill into a Fireman's boot during one of his annual fundraisers while waiting at a traffic light, that's pretty darn anonymous.

When I hand some panhandler a fiver on the street, that's anonymous. A guy rolling up to a crack dealer on the corner and trading a $20 bill for a tiny bag o' crack is anonymous. What more can you ask?

As for digital, most of my payments go directly into my bank account via automated clearing house (ACH) or direct deposit. My wife pays our bills online. I buy apps, music, and Amazon.com goodies online with no apparent money, except digital, exchanging hands. I authorize the payment, they say they get it, I get my stuff and we're all happy. To me, those dollars are virtual. I never saw them go into my bank account and I never saw them go out—except for the changing balances. All digital. Very easy. All legal. Everybody's happy. 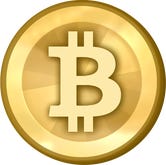 How to buy and sell Bitcoins

In the first part of my two part series of how to actually buy and sell Bitcoins, I look at the theory and the underpinnings of the Bitcoin system.

You spend dollars to buy Bitcoins so that you can buy stuff with Bitcoins. Can't you just buy stuff with dollars? Or Marks? Or Francs? Or whatever currency it is that you use?

It seems to me that the whole Bitcoin phenomenon is like Stilgherrian* said in his post:  Bitcoin: More ideology than trustworthy currency .

The ideologies and my responses:

After all that, here's what I really think of Bitcoin and the whole Bitcoin frenzy:

I'm willing to discuss Bitcoin with anyone, anytime but know this one thing: You'd better be ready with some better answers than what I've heard so far in its favor. 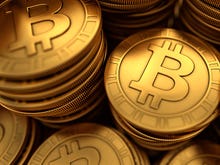 I'll even tell you my strategy for those discussions.

Same goes for the P2P aspect, the non-control issue, mining, the 21 million limit.

If I have one bit (pardon the pun) of advice for you, it's this: Don't fall for schemes like this. Don't get involved in MLM schemes. Don't invest your money in something with no tangible or physical assets. Don't believe all the hype around something like Bitcoin.

Dollars are better than Bitcoins. There's no doubt. I don't have to purchase dollars with other currency to buy things that I'd normally buy anyway. If I can't use dollars, physical or virtual ones, then I probably don't need whatever it is. If I have to buy another currency to get what I want, then I'll do without. Dollars will spend anywhere and I can use them anonymously or not. And without fear of anyone but my wife watching.

Now, to those of you who want to call me names on Twitter because of this post, here's what will happen: I'll block you. I know you want to be anonymous and virtual, but if you can't face me and say those things, then you shouldn't say them online.

I'll entertain any reasonable dialog on the topic, so please feel free to engage me. Use Bitcoin or don't use Bitcoin. I don't really care. But don't tell me that because I don't like it that I'm anything but entitled to my opinion. The fact that we disagree doesn't make you right.

Oh, and you should consult the Bitcoin FAQ before making outlandish claims. Also check this page before telling me how anti-hack and theft-proof Bitcoin is too.

*Stilgherrian - is that a first name, last name, or one of those mono name things like Cher or Shakira? Either way, I don't get it nor do I know how to pronounce it. I need to get myself one of those cool single names. I'll take ideas for one.

**If you think they're anonymous, you're very wrong. This from the Bitcoin FAQ: "Bitcoin is designed to allow its users to send and receive payments with an acceptable level of privacy as well as any other form of money. However, Bitcoin is not anonymous and cannot offer the same level of privacy as cash. The use of Bitcoin leaves extensive public records."

***Think IPOs of things like Twitter here. Pet rocks. Paying $300+ for a Tickle Me Elmo. How many do I have to name?

Bitcoin is going to teach you a lesson. A costly one