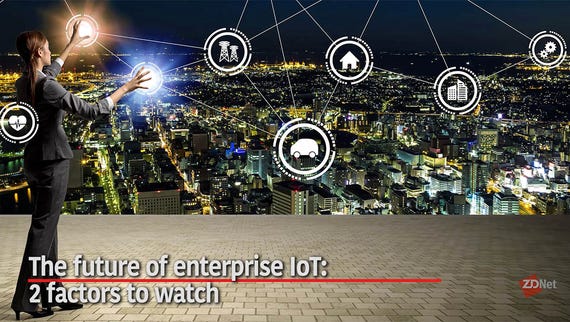 For the future of IoT, keep an eye on 5G and ML
Watch Now

Video: For the future of IoT, keep an eye on 5G and ML.

All three telcos in Estonia are testing 5G, hoping to bring the latest generation of mobile technology to the first consumers in the Baltic state by the end of next year.

Although 3GPP, which unites seven telecom standards organizations, only announced the completion of the first 5G standard last December, the new generation of mobile technology was already being tested in Estonia a few months before that.

In August 2017, Swedish telco Telia used Ericsson and Intel hardware to create a trial network, which delivered internet connectivity to cruise ships and their thousands of passengers while they were in port in Tallinn.

Also as an initiative by Telia, Ericsson, and Intel, the participants in September's EU Digital Summit, showed what it feels like to remotely control an industrial excavator via an augmented-reality remote control, operated over an ultrafast live 5G link with very low latency.

"We have to keep in mind that 5G wasn't standardized at that time, so the development was still ongoing, even during our tests," Telia Estonia 5G program manager Mattias Männi tells ZDNet.

"Although working with an immature technology was something unprecedented for us, it was also very rewarding, as we gained invaluable experience from both hardware and software side of network development."

Their competitors have not been sitting on their hands. Finnish telco Elisa announced in mid-March this year that it had performed the first 5G test in the Baltics using a network that meets the newly announced 5G standard.

Using Huawei's 5G home router at 3.5GHz, the data speeds achieved in the test exceeded 1.8Gbps, according to the company, which competes with Telia for top spot in the Estonian market, having bought local cable TV and ISP Starman in 2016. Like Telia, Elisa also tested virtual- and augmented-reality services on the 5G network.

The third and smallest local telecom provider, Tele2, has confirmed to ZDNet that it is already cooperating with Nokia to test 5G networks in Estonia.

"The discussions are ongoing, so we can't talk about exact dates just yet. But our goal is to move forward as quickly as possible," says Tele2 Estonia's director of special solutions and technology, Ardi Aolaid.

Estonia has a tradition of being in the front rank when it comes to new mobile technologies. 4G was first introduced in Estonia in December 2010, when Telia's local subsidiary EMT, later rebranded Telia Estonia, rolled out its LTE network. It was only the 11th such network in the world at the time.

By the end of summer 2014, all three local mobile operators, EMT, Elisa, and Tele2 Estonia, had each covered at least 95 percent of the country with their respective 4G networks.

The companies are now waiting for the state to put the frequencies necessary for 5G up for public auction, so they can launch the networks as soon as possible.

"For 5G to become available to clients in the near future, it is very important that 700MHz and 3.5GHz frequencies come to auction in Estonia this year, as in the Nordic countries and Central Europe. It's vital that Estonia doesn't fall behind other countries in the development of 5G networks," warns Elisa Estonia CTO Toomas Polli.

After the auction, the first 5G networks are likely to be launched in the capital city of Tallinn, using the 3.4GHz to 3.8GHz frequency spectrum. If everything goes smoothly, the first customers could already be using 5G by the end of next year.

"For the test customers, it could be possible in late 2019. But it depends a lot on the different aspects, like frequencies, and end-user mobile terminals," says Polli.

Telia Estonia's Männi points out that there is still a lot of uncertainty around 5G, but his gut feeling also says the first customers could start using 5G in Estonia "around 2019 to 2020".

After covering the biggest cities, the next step would be expanding 5G to rural areas. For this, the 700MHz frequency will be used.

"Of course it will take some years. 5G technology is not meant to cover the nation as fast as possible. It's important to put it in use in the areas where and if there's a need for services to use the 5G network," says Elisa Estonia's Polli, adding that in long term most of the frequencies Elisa is using in existing technologies will be taken in use for 5G.

According to Telia Estonia's Männi, the key to 5G's future lies in the demand and the services built around the new technology.

"One of the main reasons Telia is talking about 5G so much so early is to initiate a discussion in society, at the legislative level, and between different industries," he says.

"5G enables fantastic solutions, but to create and develop these solutions we need the brainwork of broader groups."

Elisa has initiated a 5G idea scouting contest in cooperation with customers to develop products and services that create actual value for users.

"It's a completely new type of technology. It's needed by services and devices that aren't even available to clients yet but should be within the next few years," Elisa Estonia's Polli explains.

"Besides being a totally new way to start providing future VR and AR services via 5G networks, Elisa sees tremendous possibilities to start providing the future fixed wireless service for areas where the fixed network has not been available so far."

Telia Estonia's Männi agrees with his competitor that fixed wireless access will certainly be one of the first applications for 5G.

"In the longer perspective, the radio waves and the physical cable will be complementing each other in the access network, as one can't do without the other," he says.

"Depending on the development of the services and therefore also the demand from users, the scales can tip in one direction or the other."

Join Discussion for: Why Estonia finds itself in the middle of...