Why Is Change So Hard for Some People (Especially Older Ones?)

So it seems it is broadly true, young people really are more open and older ones more set in their ways, according to a fascinating article in the Scientific American.• Studies of personality development often focus on traits such as extroversion, conscientiousness, agreeableness, neuroticism and openness to new experiences.
Written by Oliver Marks, Contributor on Feb. 5, 2009 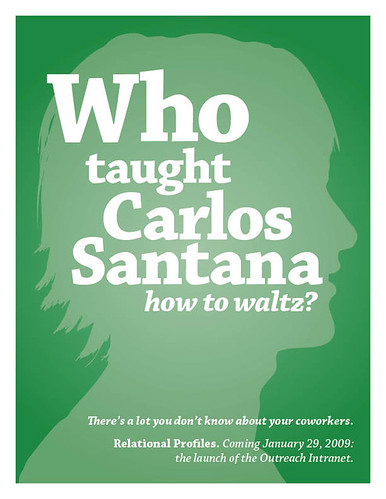 So it seems it is broadly true, young people really are more open and older ones more set in their ways, according to a fascinating article in the Scientific American.

• Studies of personality development often focus on traits such as extroversion, conscientiousness, agreeableness, neuroticism and openness to new experiences. In most people, these traits change more during young adulthood than any other period of life, including adolescence.

Openness typically increases during a person’s 20s and goes into a gradual decline after that.

• This pattern of personality development seems to hold true across cultures. Although some see that as evidence that genes determine our personality, many researchers theorize that personality traits change during young adulthood because this is a time of life when people assume new roles: finding a partner, starting a family and beginning a career.

• Personality can continue to change somewhat in middle and old age, but openness to new experiences tends to decline gradually until about age 60. After that, some people become more open again, perhaps because their responsibilities for raising a family and earning a living have been lifted.

The above is a huge generalization, like the current 2008 worldwide average life expectancy of 66.1 across all cultures and countries, but it is revealing nonetheless.

The 'big five' personality traits of extroversion, conscientiousness, agreeableness, neuroticism and openness are all very much on display in people's communication on micro blogging site Twitter & social networks such as Facebook regardless of age of participants it seems.

Personal Science Project I've got a little social experiment of my own I recently set up for friends from my early teenage years. I set up a private username and password protected Ning site and furnished it with period perfect photos, videos and music. I found it's amazing the resistance many people aged over 40 have to participating in this type of thing.

I couched the site in terms of organizing a major reunion event, rather than an ongoing social networking experience in order to encourage reluctant potential participants. Lots of lurkers, and it's interesting to realize some have apparently never uploaded a photo to the internet, and have no intention of learning since they feel it is a generational thing.

The friends who are on Facebook jumped in, uploaded content and participated in discussions, but I've learnt to never underestimate the closed mentality of many of those who are not familiar with socializing on the internet. I've experienced this in enterprises of course, but personal friends are different.

Specific organizational goals and objectives are key (play David Bowie songs: drink Guinness... or coordinate three business unit silos: increase cross pollination). But so is grass roots buy in, that momentum that gives a party a buzz or the sense of engagement in a business meeting where you can feel people are firing on all cylinders and working together.

Motivation Starts With Clarity of Purpose 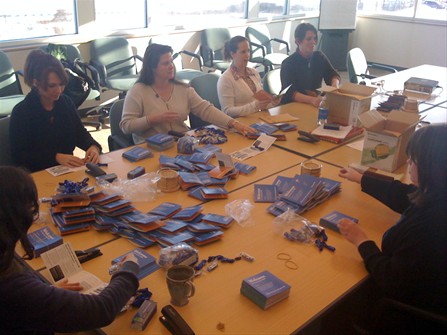 Volunteers assembling 1500 welcome kits for launch day Motivating involvement from a top down perspective is all about clear communication. There's a great example of this on Thoughtfarmer's blog this week describing the launch of their intranet product within Penn State.

The fact is, even for those with generational change issues or a personality type that doesn't take well to collaboration or openness, well organized hand holding sessions to introduce them to next generation collaboration technology with specific objectives demystifies and empowers them to participate.

To bring this back to the Scientific American magazine's observations about openness to new experiences tending to decline gradually in some, inclusiveness is a key to successful culture change. The challenge is to motivate people and get them engaged by helping them to participate, and some sizzle to sell the steak often really helps.

The after launch enthusiastic Penn State feedback below puts the icing on the cake for me, making it clear this is a shared space owned by users not technologists:

“One of the great reasons that this project has come to this point, and why we are sharing in the success of this launch today, is that our.outreach is an intranet project which is not ‘owned’ by the technologists within the organization (and that would be by my unit, Outreach Technology Services). Everyone ‘owns’ the content and we as the technology unit facilitate its use and availability. We all now have the ability to share our stories, and it truly is a shared business venture!”