Wi-Fi problems? You can boost signals with this $35 tinfoil 3D-printed reflector

Researchers have created a cheap way to boost and secure your Wi-Fi network.
Written by Liam Tung, Contributing Writer on Nov. 9, 2017 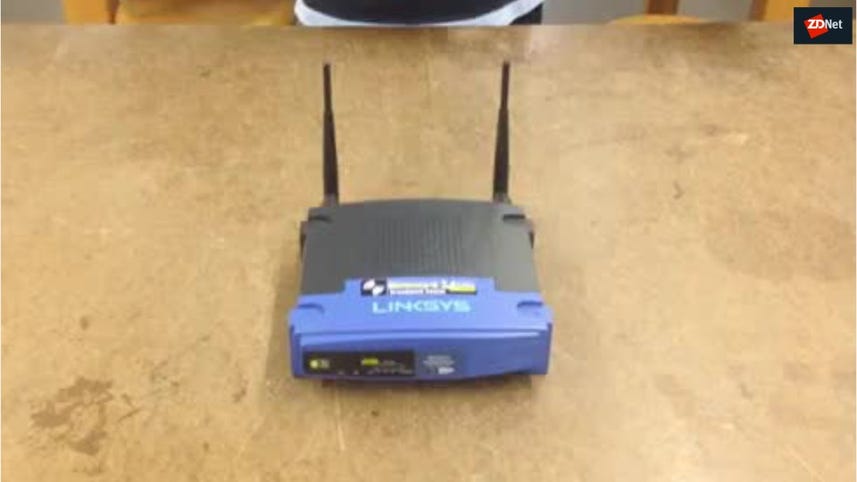 Video: Boost your Wi-Fi signal with this 3D-printed tinfoil reflector

Researchers have developed an algorithm that allows you to customize a Wi-Fi reflector to boost signals in the rooms you need it most.

The system, developed by researchers at Dartmouth College, University of Washington, Columbia University, and UC Irvine, offers a cheap way to boost Wi-Fi coverage in specific areas of the home without requiring extra Wi-Fi access points or expensive directional antennas.

"With a simple investment of about $35 and specifying coverage requirements, a wireless reflector can be custom-built to outperform antennae that cost thousands of dollars," said Xia Zhou, an assistant professor of computer science at Dartmouth.

The work builds on past experiments that have used a soda can behind a router's antenna to act as a reflector that boosts bandwidth by targeting a Wi-Fi signal in one direction.

This system allows users to design their own 'soda can' reflector that's optimized for the layout of a house. The design is 3D-printed and then wrapped in foil. Their wave-shaped example for a single access point focused Wi-Fi signals on two rooms and minimized signals to two other rooms.

The algorithm creates a design for a 3D-printed reflector that improves Wi-Fi coverage.

Tests with a design for collaborative access point found that custom reflector can reduce throughput by 63 percent to areas to be avoided and boost throughput to desired areas by 55 percent.

An additional benefit of confining signals is that it can boost existing security measures, such as WPA2, which vendors are in the process of shoring up against the KRACK vulnerabilities.

Part of the trick is getting a basic model of the house, but they note this can be done using AR systems like Google Tango and Microsoft's HoloLens. The system, for example, needs know about the location of walls and other objects that interfere with Wi-Fi signals.

The algorithm they developed computes a reflector shape optimized for the targeted areas of an indoor setting. They use 3D ray tracing to create a model of how radio signals interact with objects in a 3D environment.

The access points they conducted the tests with include a Netgear R7000, Linksys WRT54GL, and a TP-Link WR841N. To measure the effectiveness of the reflectors, they used a drone with a built-in Wi-Fi radio to collect signal strengths at specific locations around the test environment.

Calculating the right shape is computationally intensive. However, once the algorithm is given an environmental model, it can calculate an optimized reflector in 23 minutes on a MacBook Pro with a 2.2GHz Intel Core i7 CPU.

Want to get the most from your Wi-Fi? Here's how to do it.

How to put an end to Wi-Fi frustrations

As more and more devices shift from wired to wireless networks, poor Wi-Fi is becoming the number one cause of frustration in homes and offices. Here's how to fix your Wi-Fi woes.