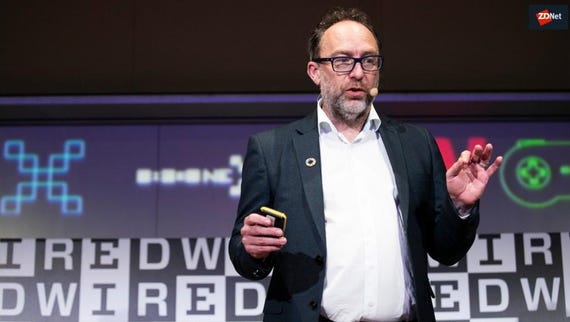 Is there an alternative to Facebook? Wikipedia co-founder says there is
Watch Now

Wikipedia co-founder Jimmy Wales has quietly rolled out a new social network that is intended to get right what Facebook and Twitter have so far been getting wrong.

The site goes against the ad-funded models normalized by Google, Facebook, and Twitter, instead asking users to pay a subscription fee to access information and communicate on the site.

It costs $12.99 a month or $100 a year in the US, or €12 a month or €90 a year in Europe. It's £10 and £80 in the UK. In other words, about the same as a Netflix or Spotify subscription. However, questions remain over what content WT:Social can provide that users would be willing to part with money for.

The social network is a reboot of WikiTribune, which launched in 2017 as a news-sharing service but didn't gain traction and ended up with Wales laying off several journalists it had hired. WikiTribune was launched off the back of a crowdfunding campaign.

Wales spoke with the Financial Times about the new project and the site's jarring proposition for consumers, or rather users, who expect social networks to be free. LinkedIn could be an exception here.

"The business model of social-media companies, of pure advertising, is problematic," Wales told the publication.

"It turns out the huge winner is low-quality content," he added.

Wales hopes WT:Social can attract 50 million or even half a billion users and points to the success of Netflix and Spotify in attracting people who are willing to pay for "meaningful" content.

Signing up is free, but WT:Social has established a wait-list that paying donors can bypass. So far, just 200 people have paid to skip the waiting list.

He doesn't expect the social network to be profitable but reckons it can be sustainable with its current barebones staff.

Wales didn't go down the crowdfunding route this time and says he wants to "keep a tight rein on the costs".

Instead of the global news focus of WikiTribune, WT:Social aims to build smaller self-sustaining communities built around niche subjects.

And rather than hire moderators to monitor fake news as Facebook has, Wales' social network would rely on a community of users to enforce standards. Since all content on the platform can be edited or deleted by other users, he believes there's a good incentive for good behavior by users.